The Playstation 3 network has recently been the target of a German hacker group called, failOverflow (also hacked open the Nintendo Wii) and George ‘Geohot’ Hotz (also played an active part in jailbreaking the iPhone) who released the root key for Playstation 3 hacks for everybody to use. All this, in turn, completely dismantled the security of Sony’s Playstation 3 and allowed for many more hacks to follow up.

A spokesperson from Sony responded on this and expressed his concerns over this issue that has recently cropped up. While speaking to Edge, the Sony spokesperson said, “We are aware of this, and are currently looking into it.” He further said, “We will fix the issues through network updates, but because this is a security issue, we are not able to provide you with any more details.” 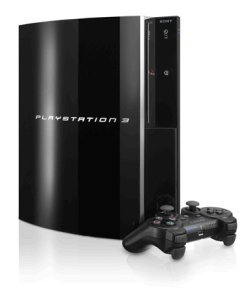 It would be interesting to know how Sony actually aims to ‘look into’ in this issue because a root key acts as a core checkpoint that determines whether or not the software that is being played is legitimate. Hackers, on the other hand, claim to have undone this process by taking charge of the root key and also claim that changing the root key would risk making all the formerly released software void and unplayable on the system. A failOverflow member in one of his interviews to BBC said, “The complete console is compromised — there is no way back”. He also mustered the generosity to give a little suggestion to Sony, “The only way to fix this is to issue new hardware. Sony will have to accept this.”