Twitter has announced support for new login options, ‘Sign in with Apple’ and ‘Sign in with Google’. Earlier, the new feature was discovered by Jane Manchun Wong in Twitter’s iOS beta code. And as found, the social media company is using a different branding “Continue with Apple/Google” instead of the usual “Sign in with Apple”. 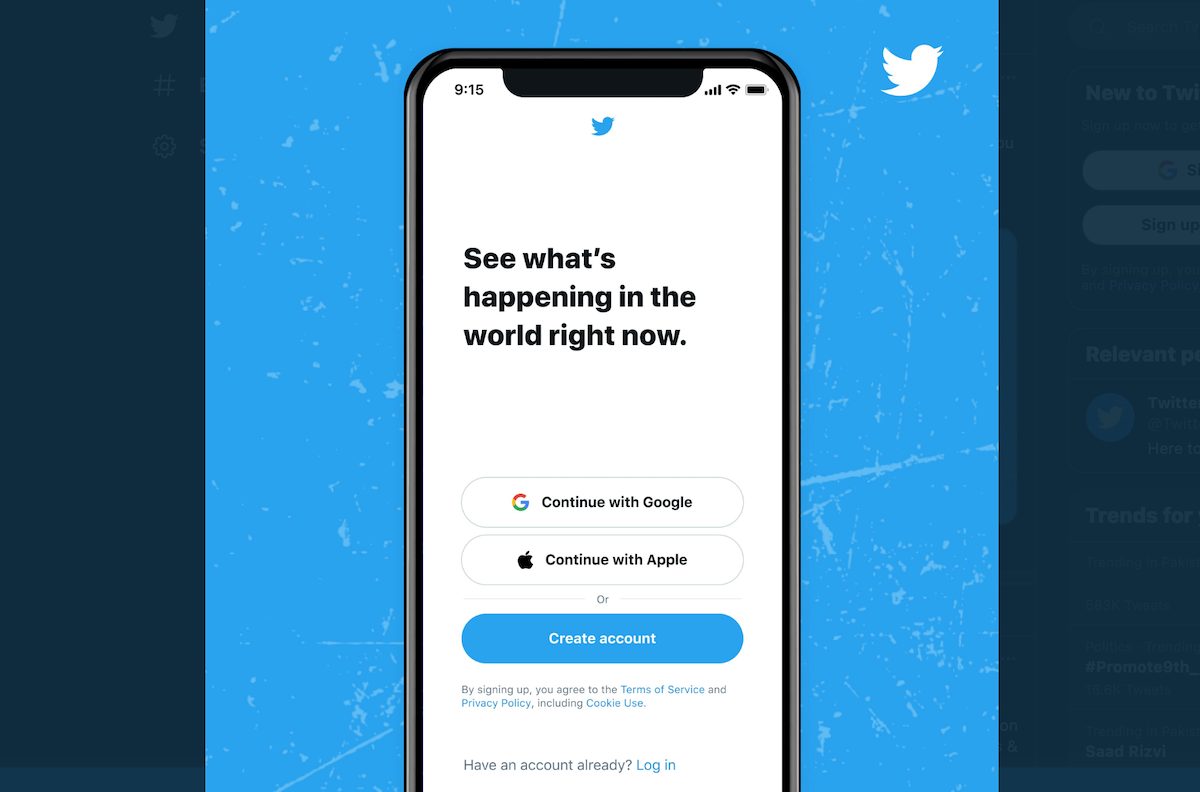 Previously, users had to create a separate account for Twitter with an existing email ID but a new user name and password. And in this world of social apps, it can be hard to remember all passwords. In addition, it is also wise to not share an in-use email address to avoid spam or malicious emails. Therefore, Twitter has made it easy for users to login simply with their trusted existing Apple ID via ‘Sign in with Apple’.

Sign on with ease and start scrolling your timeline.

Now, when you log in or sign up to join the conversation on Twitter, you have the option to use:
▪️ Your Google Account on the app and on web
▪️ Or your Apple ID on iOS, and soon on web pic.twitter.com/Nf56H1ghmY

In 2019, Apple released the ‘Sign in with Apple” login feature to allow its users to easily and securely access apps and websites via their Apple ID, without having to create new user names and passwords for every app.

Available across Apple devices, the company supports the feature with two-factor authentication and does not track users’ activity across third-party apps and websites.

Sign in with Apple is designed to give you confidence in your new users. It uses on-device machine learning and other information to provide a new privacy-friendly signal that helps you determine if a new user is a real person or an account you might want to take another look at.

The social media company is also testing an updated version of the ‘TweetDeck’ app for Mac, after years of neglect.