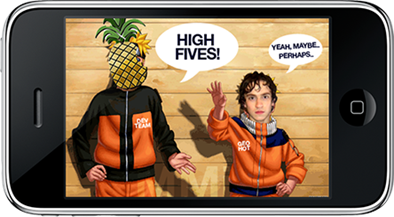 For you unlucky people who updated their unlocked phones to firmware 3.1.3, have hope! George Hotz has confirmed that he has a working exploit which can be used to unlock the latest 05.12.01 baseband which was upgraded if you updated to newest firmware. No ETA was given was given regarding the release in his tweet, but it could be soon.

Last week, Sherif Hashim, an iPhone hacker and developer, found an exploit for the latest baseband. He sent it to the iPhone Dev-Team and they confirmed it’s working, but no ETA was given, or even if they will release a tool to unlock this baseband, because they don’t want to waste the important exploit for a minor update firmware. They might be waiting for a more major firmware update such as 3.2 or 4.0 or maybe even for the next gen iPhone 4G.

But, what if both geohot and the dev team have the same exploit, if one releases it now, and it was the same, it will be useless in the future for any other firmwares. But if it’s different it could do a lot. That’s why both parties are communicating to see if it’s the same exploit so they don’t waste it on this minor update firmware.

All we can do is wait, and see if things work out, but I am pretty sure the hackers know what they are doing.