The jailbreak for iOS 5.0.1 on iPhone 4S and iPad 2 isn’t far off as evident by the amount of news and updates popping up all around. One of the latest come from pod2g who has blogged about a video demo of iPhone 4S iOS 5.0.1 untethered jailbreak. The video was made by @DHowett, a famous developer, and member of the Chronic Dev Team. 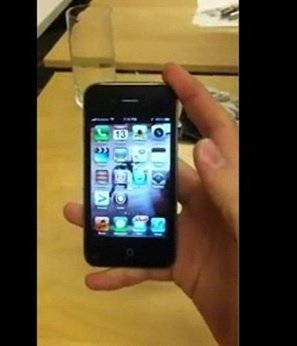 This jailbreak is getting famous for having a lot of popular iOS hackers involved including but not limited to Saurik, pod2g, planetbeing, musclenerd and more. With so much effort going into this jailbreak, we expect it to be made publically available anytime during this week. Let’s just hope there’s no show-stopping bug.

Meanwhile, it’s also being advised that if you’re waiting for this jailbreak, you should upgrade to iOS 5.0.1 already if you haven’t since it’s highly likely that Apple will stop signing it as soon as they release iOS 5.1. The current jailbreak vulnerability doesn’t work on the latest iOS 5.1 betas which is a sign that it might take further time to jailbreak this new version. So, for now, it’s better to stay on iOS 5.0.1 and wait for the jailbreak.

In case you’re using iOS 5.0.1 on anything less than an iPad 2 or iPhone 4S, you can untether jailbreak your device right away by using redsn0w. The latest release of redsn0w, at the time of writing, is 0.9.10b4. You can find more information on it here.

As always, stay tuned to ithinkdiff and we will keep you updated on the latest progress on this jailbreak tool’s release.