The Washington Post got up-close and personal with the one of the most influential men in the World, the CEO of Apple, Tim Cook. The detailed interview sheds light on Cook’s personal experiences, perplexities and challenges, upcoming innovations, and the future of S&P 500 index’s most valuable and profitable company. 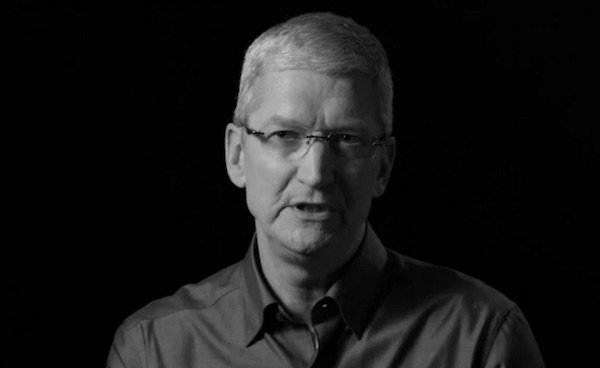 Throughout the interview with The Washington Post, Cook didn’t let a whisper out on any upcoming products and projects but he was very generous in answering questions on everything else.

Here are some highlights from the insightful interview with Tim Cook.

Cook deeply laments the loss of the one of the greatest visionaries and revolutionists of modern times, Steve Jobs. When he was entrusted with the responsibilities of CEO, he believed that Jobs will stay on as Chairman. Unfortunately, that didn’t happen as Jobs passed away after his long documented battle with cancer. With only a few days away from celebrating 5 years anniversary as the head of the world’s tech giant, Cook admits that he never intended to fill in Jobs’ shoes, rather he focused on building the company based on his ideals and vision. Many would agree that it’s a job he was done exceptionally well.

Being the CEO of Apple, he feels the overwhelming pressure of always being under the microscope but it is a reality he is, now, accustomed to. Cook defines himself as a non-traditional CEO. For one, he strongly believes in staying connected with his customers. Secondly, he mixes professional acumen with personal values to be a socially and environmentally responsible CEO.

He maintains that as humans, we have a responsibility towards the environment that we live and operate in. Therefore, Apple operates in an environmentally friendly fashion. Cook has taken up various social issues to stay connected with the community and coming out about his sexuality was part of setting a precedent for the world that a person’s sexuality should not be a deterrent in achieving the unthinkable.

According to Cook, the core values and vision of Apple are the same to “deliver products which change the world”. The tangible changes at Apple are that it’s a larger company with a large workforce, new iPhone line-up, Apple watch, expanding services and much more.

When questioned regarding the drop in iPhone sales and his concerns about approaching death of a product which generates 2/3 of the company’s revenues, he answered that the drop in sales has not dampened his faith in smartphone’s future and iPhone’s in particular. In the long term, enhanced performance with AI intelligence is destined to make iPhone an indispensable commodity. He further added that iPhone has not peaked and also advised to ignore the critics’ pessimism regarding its future.

When asked about Apple’s feud with FBI, he shared that the legal battle was a tough choice between security and privacy. FBI was demanding to create a tool to unlock iPhone which raised many ethical questions and moreover, security experts weren’t sure if they will be able to contain the unlocking method in the future which inherently put the privacy of customers at stake.  Therefore, Apple chose to stand up to protect the privacy of millions of its customers worldwide.

As per Cook, the recent court case over taxes in Ireland also does not translate into a bleak future for Apple in EU. Cook took that EU example to explain the demand for corporate tax reforms in the USA and also bring up the fact that they are the largest taxpayers in the US.

For Apple, even sky is not the limit; Apple’s adventurous expansion in different global markets and growth in new products has been astounding. The services industry has risen from 4 billion to 23 billion in just the past year. New models are added to product line-ups like the new iPad Pro and the 12-inch MacBook. Apple is establishing itself in new markets like India and China which have great revenue potential and an amazing source of talent.

“Apple is the only company that can take hardware, software, and services and integrate those into an experience that’s an “aha” for the customer. You can take that and apply to markets that we’re not in today. There’s not a limitation that we can only do that in the smartphone area or in the tablet or Mac or Watch area”.

Since the past four years, Apple has been acquiring 15 to 20 companies per year based on talent and intellectual property.

Cook maintains that Apple can venture into another acquisition as big as Beats, after considering its financial and management aspects and deliberating its strategic importance for Apple.

Even though Cook didn’t give any information on future products and projects, he did share some ambitious future plans like advanced artificial intelligence, augmented reality, and maybe producing own content.

At the end, Cook confessed that as daunting as it is, he loves his job and the company he runs. It’s not a business, it is personal for him.

The man just does not seize to inspire us.