Wow! You all must have heard by now that Microsoft Kinect, the revolutionary motion controller device for Xbox 360 has been hacked to work partially with Windows and Mac OS X with some open source drivers. But now, Xbox 360 Kinect has been used to create an amazing shadow puppet show. Yes, thats right! Check out this installation prototype that has been created by Emily Gobeille and Theo Watson using the Kinect controller which was hacked and connected to a laptop using the open source Kinect drivers. 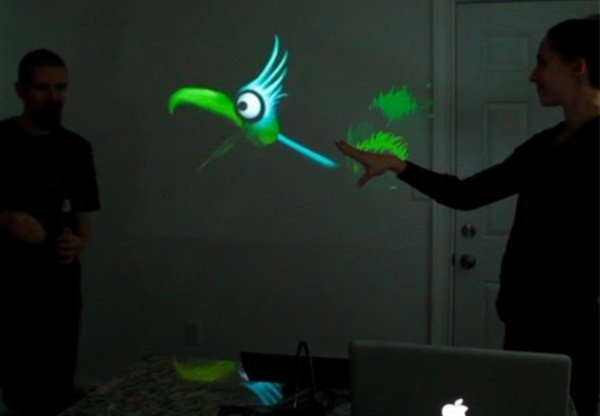 All it took them was just a single day to create an openFrameworks system which tracks the elbow, wrist, thumb, and tips of the fingers to map a skeleton onto the movement and posture of an animated puppet. And there you have it, the world’s greatest shadow puppet show created with only a Microsoft Kinect controller and a laptop!

Watch the amazing Kinect hack in action in the video below and share your thoughts in our comments section: