A new video has popped up on YouTube which shows Windows XP booting up on an iPod Touch 2G. It has been made by @iOSModifier and no information has been shared on how this feat has been accomplished which puts doubts in our minds on the authenticity of this video. According to the video, Windows XP boots and crashes with a Blue Screen of Death when the desktop loads. 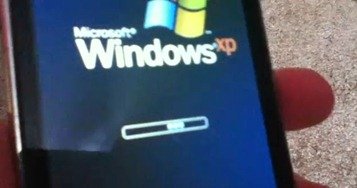 Keep in mind that Windows XP is an x86 operating system while the processor in an iPod Touch isn’t an x86 capable so that’s another reason for us doubting this. We know that some users have managed to run Windows 95 on an iPhone in the past via Bochs emulator which takes 5 to 10 minutes to just boot. Is that what has been used to boot Windows XP? We don’t know but we’ll be keeping an eye on this in case it is authentic.