Vine has announced the release of version 4.0 with new features for its iOS and Android apps. The new updates include improved audio editing with ‘Snap to Beat’ feature, new music discovery and track information for each Vine in the app. 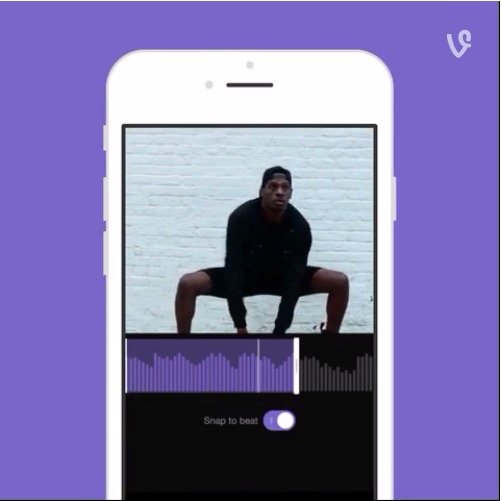 If you are a regular Vine app user, you would know that a large number of creators use music to enhance their videos. Most of the times either a clip is used or just a remix of the original song. For example, songs like Whip have become very popular thanks to Vine. Considering this, Vine has made a good move of integrating music deeply into its apps as it has become the place to discover new music.

Vine has introduced two new features. The first one is music discovery, which is rolling out to both Android and iPhone users. This will bring a new section in the app called Featured Tracks and track info to allow users to discovery new music and add it to their Vines. Vines who use the songs from this section will have a music note on them to help users find out track info.

The second feature, exclusive to iPhone only for now, is Snap to Beat. This lets users add music loops to their Vines by identifying how much of the song should be added to create a seamless loop. Users can turn off Snap to Beat to add any part of the song to their Vine using the new and improved audio editing controls.