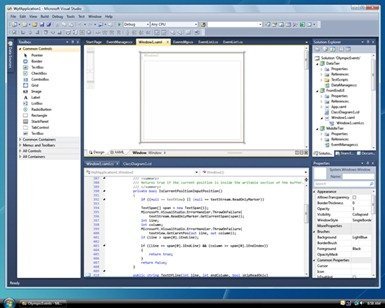 Visual Studio 2010, the latest version of Microsoft’s IDE with a new improved UI built using WPF and tools for Windows 7 and SharePoint 2010 development has already been delayed. Originally slated for 22nd March, the release was delayed to performance issues. The latest launch date has been set for April 12, 2010. Appropriately, Microsoft has delivered a release candidate build for Visual Studio 2010 and .NET 4 framework. It is currently available for download to MSDN subscribers while it will be available for public download on 10th February.

According to Mary Jo Foley’s findings, Microsoft had publically acknowledged the performance issues with Visual Studio 2010. A blog post by Kirill from the Visual Studio Quality Assurance team explains it all:

During Beta 1 and Beta 2 it became painfully obvious that the new VS had an obesity problem: it was slow, consumed a lot of memory and the worst thing, with enough modules loaded it stopped fitting into the 2GB address space on 32-bit machines…. In a nutshell, with a lot of new functionality a lot more modules were loaded into memory. Besides, we now had to fully load the CLR (Common Language Runtime) and WPF (Windows Presentation Foundation) at application startup. Moreover, there were all kinds of memory leaks all over the place

The performance problems that Visual Studio 2010 faces are based on the same reasons that Windows had – dealing with 20+ year old code bases. While it’s easier said than done to start over from scratch, I doubt Microsoft would take this step with the next version of Visual Studio. There are just too many compatibility issues that can crop up with such a move, and the ecosystem that Microsoft is supporting doesn’t allow that. 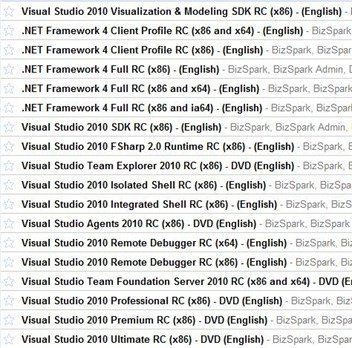