VMWare has announced the release of VMWare Fusion 7 with support for OS X Yosmite and Windows 8.1, along with improved performance and optimization. VMWare has one of the best virtualization solutions available for Mac and the latest release stays true to its reputation. 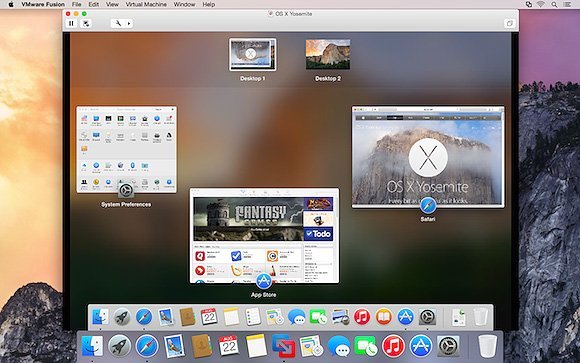 Even though Yosemite is still in developer preview phase, VMWare 7 has included support for it. Users can either use Yosemite to use VMWare 7 or use Yosemite inside it via virtualization. Similarly, support is also included for Windows 8.1, allowing users to run Windows native apps in Unity mode, making it seem as if they are part of OS X. If you have not used Unity mode, here is what it looks like. 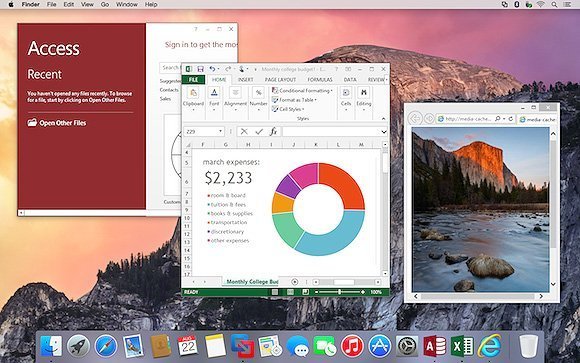 You get an almost seamless integration of Windows apps with OS X, while VMWare hides the Windows desktop and UI which you likely would not need to use. Copy pasting content between the Windows apps and OS X also works flawlessly, without the need of any complicated setup. You can still use Windows in a windowed or full screen mode if you like. Other features include Retina Display optimization for users who have Retina MacBooks. The company also touts improvements to performance and battery efficiency.

Parallels is the perhaps the best alternative to VMWare and at this stage, it has become a matter of personal choice since both provide a similar set of features. Both virtualization platforms provide seamless integration with OS X where the Windows desktop can be gotten rid of leaving only the apps behind as if they are a part of OS X. Both platforms also provide near native performance, snapshot/back up support, easy networking, Boot Camp support, Retina Display support and more.

If you are a virtualization user, we highly recommend that you give the new Fusion 7 a free try by going to their website and downloading the trial version.