Apple is all set to announce two new iPhone 6 models and an iWatch, if the rumors and leaks are correct, at a special event on 9th September in California. Apple does not always provide a live video stream of their events but have started to do so now. 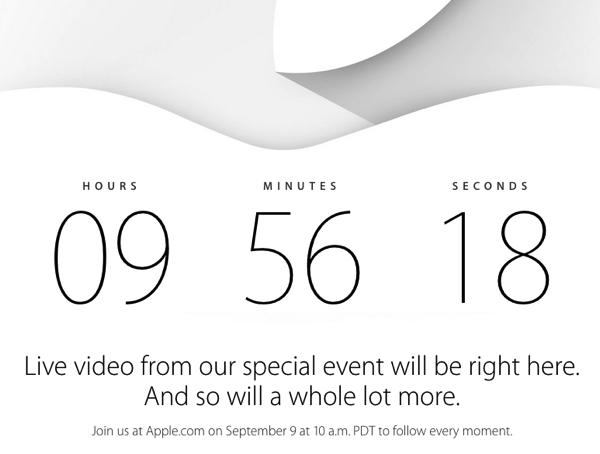 If you are interested in finding out what Apple has in store for today’s announcements, check out apple.com/live at 10:00 am PDT to catch up with the live video feed. Tim Cook & co have a few surprises up their sleeves for today. Even though there have been enough leaks for iPhone 6 that we have a good enough idea about it by now, there would definitely be feature announcements about it which we don’t know yet. The mythical iWatch hype has also reached peak levels and it is highly expected that Apple will announce something that is worn on the wrist yet it would be different than what is out there. It is likely to have support for health services and payments as well.

What else could Apple announce? A new Apple TV? New iMac? iPad Air 2? We are not sure but we are as excited to find out as you are!

Follow this link to find out at your local timings for the Apple event.