To make the WhatsApp desktop and web apps more secure, the company has announced a new Face and Touch biometric authentication feature. Via their smartphones, users will be able to log in to their WhatsApp account on the computer web browser. The feature will be enabled by default on iPhones on iOS 14 and Android devices with biometric authentication. The new feature will launch in the coming weeks.

Other smartphone users, without biometric authentication or on later iOS versions, will log-in to their messaging account as usually did, via code scanning.

WhatsApp Web and Desktop are computer-based extensions of the WhatsApp account on your phone. The messages you send and receive are synced between your phone and computer, and you can see your messages on both devices.

The new authentication feature is designed to make the experience more secure, especially at times of phone theft that the miscreant can not access the user’s WhatsApp messages.

More importantly, The Verge reports that WhatsApp and Facebook will not have access to and collect users’ facial and fingerprint data.

As with any other use of biometric security on modern smartphones, the new system does not mean that WhatsApp is accessing or collecting your facial scans or fingerprints. Rather, it’s just using the same biometric data APIs every other app does in order to access the on-device security system as an extra measure of authentication before it allows users to connect their accounts. 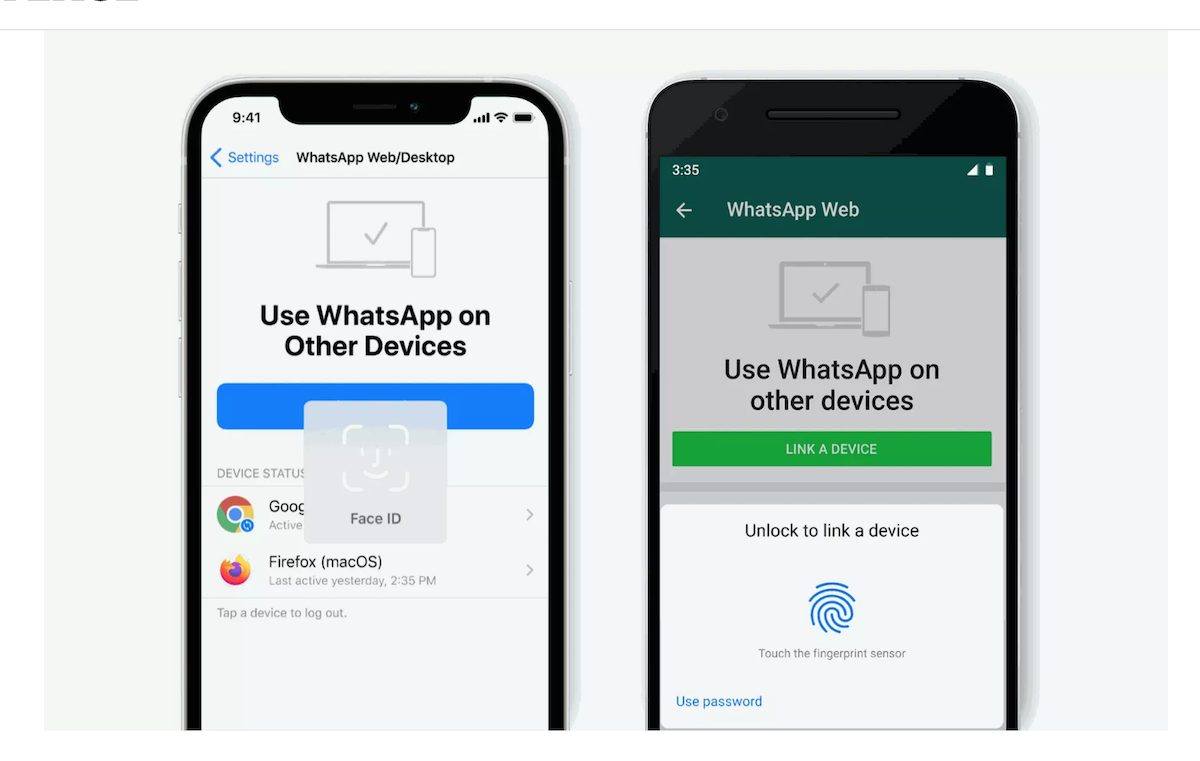 So in the same way that using a fingerprint reader to log in to your banking app doesn’t grant Chase or Bank of America your fingerprint scans, using the new biometric unlock system here to link your account to your computer isn’t giving WhatsApp (or Facebook) your personal information either.

Privacy has been a burning issue with WhatsApp and Facebook. WhatsApp, owned by Facebook, faced global backlash when it announced a new update which allows WhatsApp to share users’ data with Facebook by default, which users could opt-out of, previously. However, the update was postponed. Facebook is also facing criticism for campaigning against the new iOS 14 ATT (App Transparency Tracking) feature.