WhatsApp recently announced that it is rolling out three significant new features including the ability to leave groups silently, choosing who can see when you are online, and blocking screenshots of view-once messages.

At WhatsApp, Privacy is in our DNA, and we will never stop building new ways to protect your personal conversations. We believe messaging and calling should always be as private and secure as having face-to-face conversations. Kind of like if two people were talking and no one else was around.

The first feature allows users to exit a group privately without the app notifying every other user in the group that you have left. Now, instead of every user in the group being notified, only the admins will be notified of your departure. This feature was first reported to be in development back in May and it has to be one of the best features WhatsApp has thought about putting out in recent months. The feature should become available to all users by the end of this month.

The second feature, which will also start rolling out this month, allows users to control which contacts can see when they are online. The company says ” For the moments you want to keep your online presence private, we’re introducing the ability to select who can and can’t see when you’re online.” 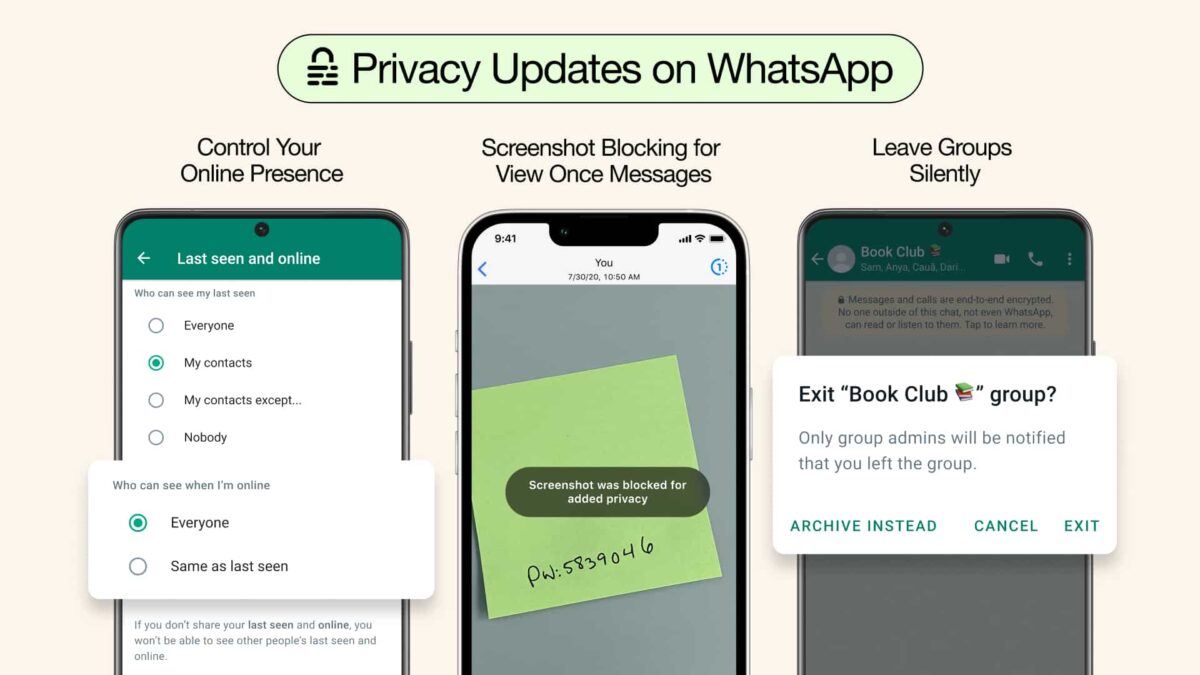 Last is the ability to block users from screenshotting View Once Messages. The entire point of View Once is being able to send an image or a video without having a permanent digital record. Now, the company is adding an extra layer of protection to the feature. The feature is currently under testing and it should roll out to all users “soon.”

In addition to these new privacy features, the company also announced that it is “kicking off a campaign to educate people about the new features and our continued commitment to protecting your private conversations on WhatsApp.”

In related news, the company recently extended the time limit to delete a message from one hour, eight minutes, and 16 seconds to a whopping 60 hours. Learn more about this here.