In June, it was revealed that WhatsApp was working on Reactions 2.0 which includes the ability to react to messages using any emoji in a single or group chat. The CEO of WhatsApp’s parent company Meta, Zuckerberg today announced that the platform has started rolling out Reactions 2.0.

Reactions were initially launched in May alongside the platform increasing the limit of shared files from 100MB to 2GB and allowing users to add up to 512 people in a chat. Users could only choose from six available emojis to react to a message: Like, Love, Laugh, Surprised, Sad, and Thanks depicted by six emoji which include thumbs up, heart, face with tears of joy, face with open mouth, crying face, and folded hands.

Meta’s other apps such as Facebook Messenger and Instagram already offer access to a full emoji picked in its reaction options, so it was natural to assume the functionality would soon be added to WhatsApp.

Here’s how to react to a message on WhatsApp using emojis:

When a reaction is selected, It appears at the bottom of the message. You can also change your reactions to a different emoji by following the steps above. To remove a reaction, long press on the message you reaction or tap the reaction. Then, tap the emoji you reacted with to remove it. 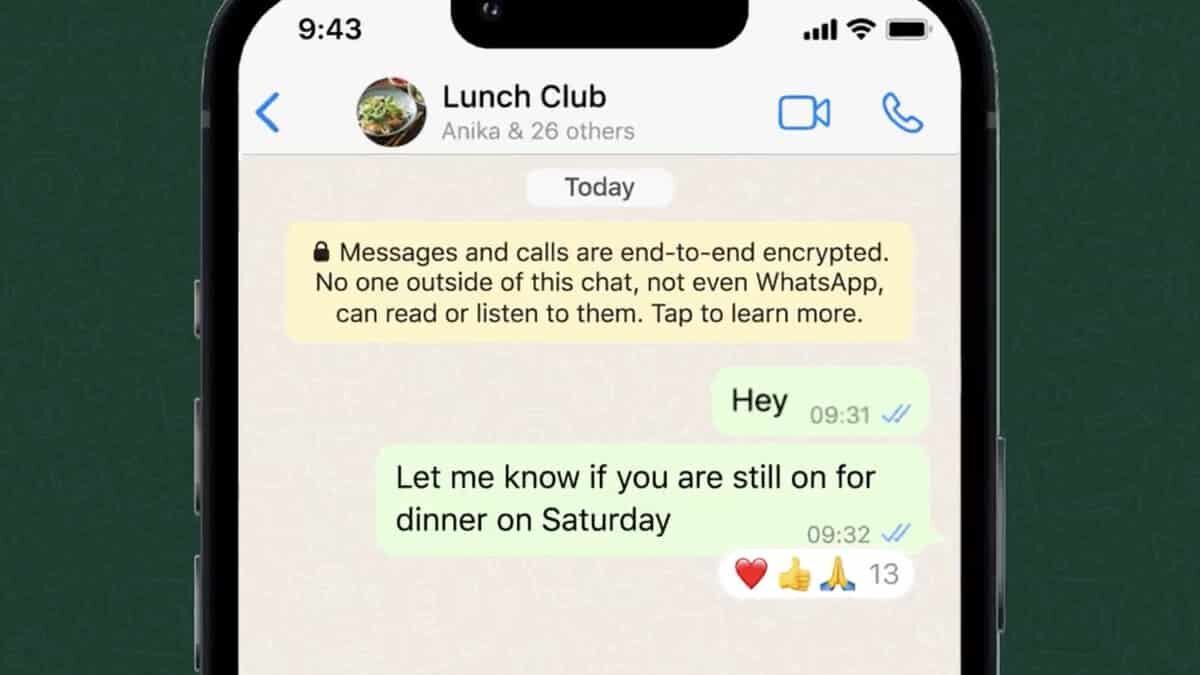 Since WhatsApp has just started rolling out Reactions 2.0, it may take some days or even a few weeks before the functionality is available for all users.