WhatsApp has introduced support for video and voice calls on Windows and Mac desktop operating systems. Using WhatsApp’s desktop app, users can initiate one-on-one calls with their contacts. The company has made sure to inform users that these calls are end-to-end encrypted and secure, which means that WhatsApp cannot see, hear, or record them. 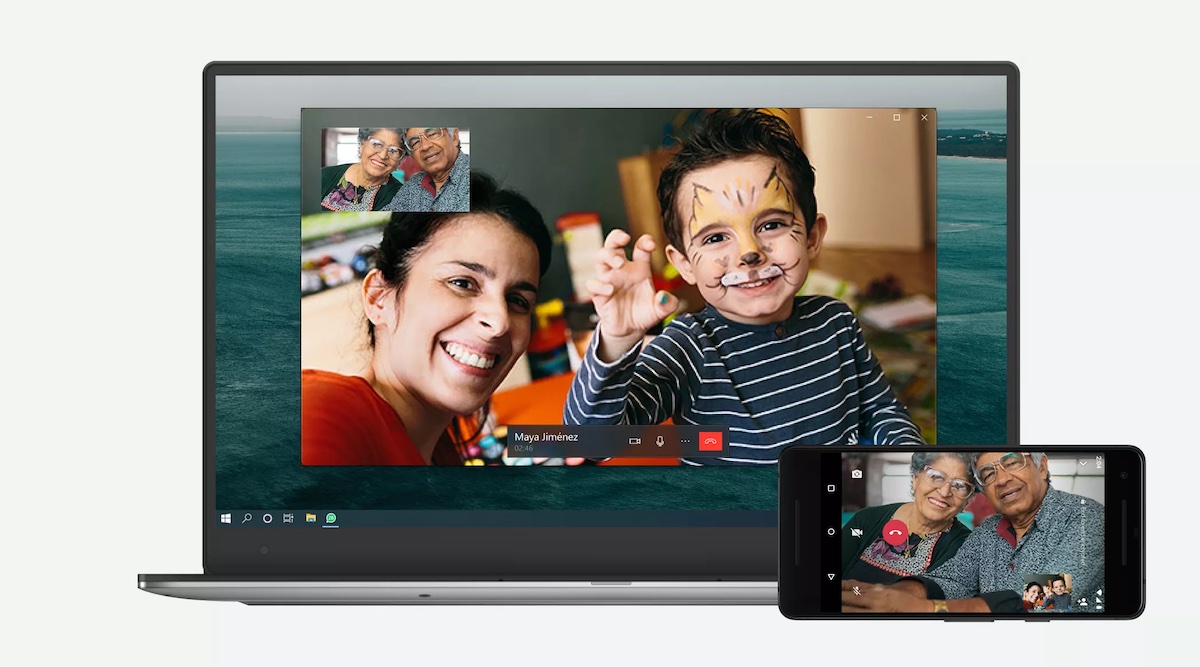 With its latest update, WhatsApp supports high-quality video calls on desktop, in both portrait and landscape orientation. As long as your WhatsApp is authenticated and set up on your desktop, and your smartphone is online, the call can be placed. Calls appear in a resizeable standalone overlay, which stays on top of other apps on your desktop, allowing you to stay in view of your on-going call.

Answering on a bigger screen makes it easier to work with colleagues, see your family more clearly on a bigger canvas, or free up your hands to move around a room while talking. To make desktop calling more useful, we made sure it works seamlessly for both portrait and landscape orientation, appears in a resizable standalone window on your computer screen, and is set to be always on top so you never lose your video chats in a browser tab or stack of open windows.

Users can also receive calls on their desktop, as long as the WhatsApp desktop app is open, and their smartphone is online. It is important to ensure that camera, microphone, and speaker permissions are given to the WhatsApp desktop app. The company notes that users need to be on Windows 10 64-bit version 1903 and later, or macOS 10.13 and later, to use the new desktop calling features.

At the moment, the calls are available via the desktop app for Windows and Mac only, but not for Linux users, even though they can access the WhatsApp app using a browser.

To use desktop calling, make sure to download the latest version of the desktop app from App Store or Microsoft Store, or from WhatsApp’s website.