As expected, WhatsApp has increased its user limit for group video and voice calls to 8 participants at a time, while keep the calls end-to-end encrypted.

WhatsApp is a trusted platform among users due to its end-to-end encryption for text messaging and calling services. As the pandemic has been spreading worldwide and people observe isolation in their homes, their need for social connectivity continues to grow.

There are other video calling services offering user limits between 12-100 users which ultimately led some WhatsApp users to switch over to them for mass-calling other users. Here’s a list of them: 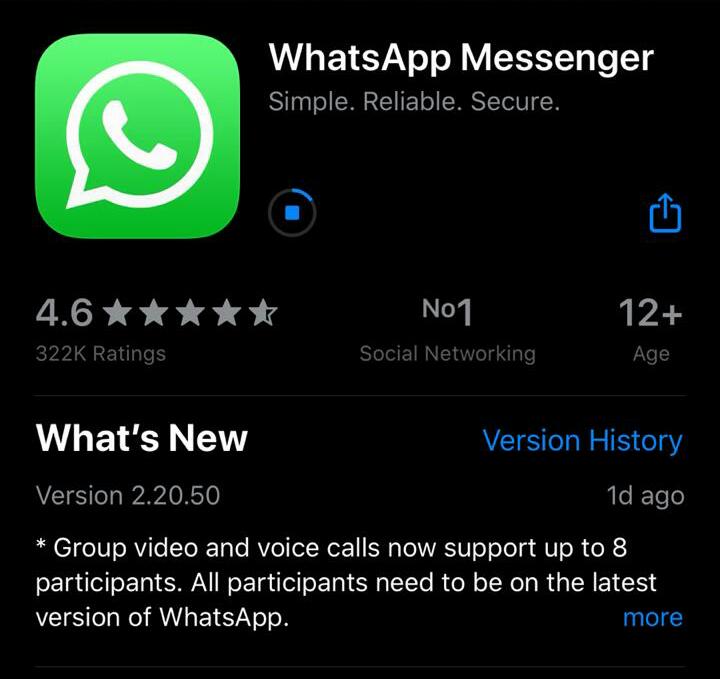 Instead of four people, WhatsApp calls can now have eight users in a group call. In order to reach the new limit, all users must be running the latest update of the app on their phones. There are two ways group calls can be initiated:

If you need help in making group calls, check out our guide on how to make WhatsApp group calls.