Apple has just released Safari 4 Beta for Windows and OS X, and it sure is amazing, to say the least. If Google Chrome blew you away, be prepared for the onslaught of features by the new Safari 4 Beta. Featuring a blazing fast new Nitro JavaScript Engine on Webkit and with an Acid3 score of 100, it’ll knock your socks off.

The feature list is exhausting, to say the least:

Top Sites shows you up to 24 recently viewed or most visited web pages. It does so in a very cool 3D grid. 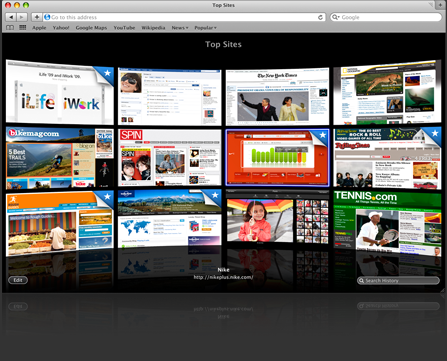 Cover Flow. That’s right, the very loveable cover flow has found its way into browsing as well now, letting you go through history and bookmarks at a glance. 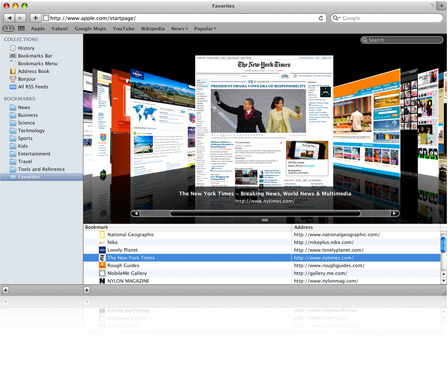 Tabs: Since it looks like Chrome, even the menus do, it now features tabs at the very top where the title bar should be.

Windows Native Look and Feel: This one is actually mind blowing. The company who never showed Vista with Aero on, in any of its PC screenshots on its website has actually adapted to the native Windows look and feel, for both Vista and XP! And it does look native, more than IE 8 itself! Also, you can switch between the native OS X style text rendering or the default Windows text rendering mode from the settings. 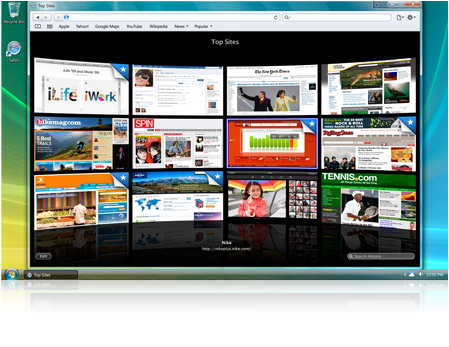 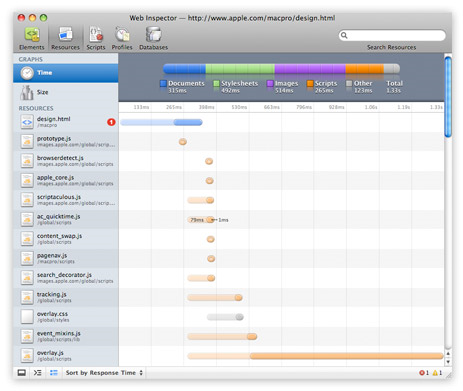 From a testing perspective, this is one of the fastest browsers we’ve laid our hands on. Although it seems to have totally ripped off Chrome, but then Chrome itself is Open Source, and Google would be more than happy to realize that it inspired other browsers. Which was one of the goals for which Chrome was developed. It is also very stable for a Beta, and the features are just mind blowing and keep you immersed in your websites. A must have if you want better browsing than what IE and Firefox offer! For the full list of 150 features visit here.