Just came across this on Neowin, Windows Internet Explorer 8 code has gone gold, or in normal word, finalized on 21st February. This has been proved by Russian website Wzor with the following screenshot. 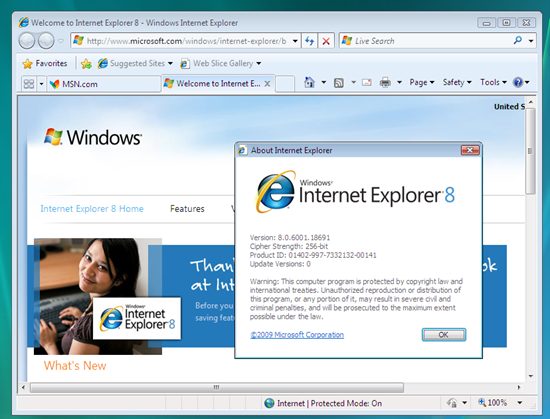 Microsoft is preparing to release this final build, version 8.0.6001.18691, to Connect, Technet and MSDN users before a public RTW ( release to web ). Internet Explorer 8 RC 1 improved a lot from the slow performing beta builds and is definitely worth using now. Along with faster browsing, Web Slices, Accelerators, InPrivate browsing (p0rn mode) and a new improved compatibility mode, this is a worthy upgrade to IE 7. It’ll be released for Windows XP and beyond, but still no word on whether Windows 7 Beta testers would get an updated build for their operating systems. My guess is, we’ll have to wait for Windows 7 RC.