First Post-RTM Windows 10 Insider Preview build 10525 has been released to fast ring members today. Microsoft has announced the release on the Windows Blog along with the main features in this release which include updated color options for the user interface and memory manager improvements.

Microsoft had received feedback on the default color for Start, Acton Center, Taskbar, and Title bars in the operating system and users wanted the option to change it to their liking. With build 10525, this has been added as an option. It is disabled by default so make sure you go to Settings > Personalization > Colors to enable it and test it out.

The major improvement to an already fast Windows 10 are memory management improvements. Microsoft have introduced a new concept called compression store which compress the amount of memory used per process instead of writing it to the disk as paging. The compression store is a part of System process so you might notice that it uses more process than before but this should allow more applications to use the memory and be responsive at the same time.

If you use a Mac, you would recognise this to be similar to the Compressed Memory feature which was introduced in OS X 10.9 Mavericks. 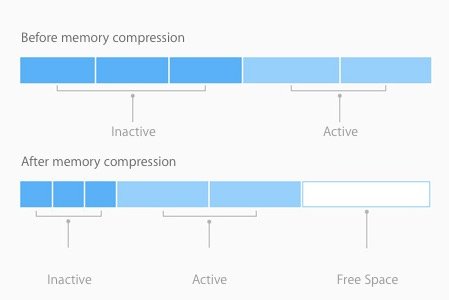 As this is a test build, a few known issues have also been shared by Microsoft. Mobile hotspot doesn’t work in this build, an update is required for Movies and TV from the Store to fix video playback and language packs will be available later this week.

Microsoft has been hard at work since Windows 10’s public release and regular cumulative software updates have been rolling out to users. This preview build proves their commitment to constantly improve Windows 10.

Memory management is the first thing I would like to see it in action. I have the build on download and will be writing a new article to share my first impressions of the new build.