Windows Live Wave 4 will be seeing a lot of changes soon. One of the recent upcoming changes that has been discovered is that the Wave 4 header will not have Windows Live Docs present in the header like what we saw in January. In a new screenshot, Windows Live Docs has been replaced by Windows live Office. A redesigned header is also noticeable which is easier on the eyes. 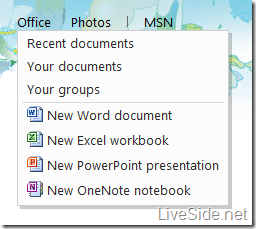 Windows Live Office is expected to launch in the “second half of 2010” according to a blog post of Mary Jo Foley. Its final version will include OneNote Web App and also Word Web App, plus the ability to co-author Word, PowerPoint and OneNote documents stored on SkyDrive using the Office 2010 client applications. Last month Long Zheng received tips from Microsoft and he tweeted them.

Which means that the final version of the Office web apps will be released along with Windows Live Wave 4. Wave 4 is gearing up to be one of the biggest releases ever for Windows Live Serves as well as client apps! We can’t wait to get our hands on the beta! 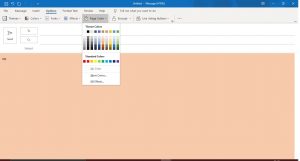