Despite the delay for the next season, Fortnite is still adding new content to the current season. Continuing with the Deadpool theme, Epic has added an X-Force skin bundle to Fortnite Season 2 chapter 2 which had an overall spy motif from the beginning

Fortnite Chapter 2 season 3 was rescheduled to release in May but has been delayed again to 4th June release this year. Therefore, players now have more time to enjoy all the changes and updates in current season’s gameplay. Fortnite plans to release at least 2 more updates before the next season drops.

X-Force is the second Marvel team to arrive in the game. Previously, Avengers: End Game‘s characters made their way into the game after its worldwide release. The new X-Force skins arrived only a few weeks after Deadpool was introduced in the game. X-Force skins include Cable, the time-travelling soldier (and leader of the X-Force), the telekinetic Psylocke (Last seen in X-Men: Apocalypse), and the mercenary Domino.

The X-Force Outfit Bundle can be bought from the Fortnite store and goes for 3000 V-Bucks. It includes all three characters’km skins and three back bling items, including Cable’s Cloak, Domino’s Pack, and Psylock’s Shurayuki. If you’re just looking for more pickaxes and gliders, you can grab the X-Force Gear bundle for 2500 V-Bucks, which includes the Psi-Rider glider, Cable’s Unstoppable Force harvesting tool, the Probability Dagger harvesting tool, and the Psi-Blade harvesting tool. You can also buy each item individually, with all prices listed within the game. Epic will raise the overall price from 3,000V-Bucks to 4,500V-Bucks with time.

By unlocking new in-game content, players can earn experience points. The most notable unlockables in this season are fully customizable Maya, the powerful Meowscles and the gold-armed Midas for those who reach tier 100. Just like previous seasons, players can purchase a Battle Pass to unlock new skins, emotes and other cosmetics. Deadpool skin can be earned by completing challenges which are available by buying the Fortnite season 2 battle pass. 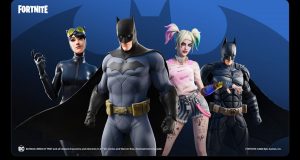 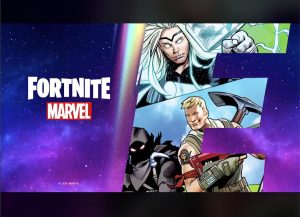 After a strenuous stance, Epic has filed for a preliminary injunction in the United States…