New iPhone 12 leaks give us an insight to its new design. Tech analyst Jon Prosser tweeted that some images of the new iPhone 12 layout which shows a smaller notch and speaker placed in the bezel for Apple’s upcoming flagship.

In his tweet, Job Prosser uploaded two blueprints which show component placement on the device. Starting from left to right, the tiny notch would have an infrared camera, flood illuminator, proximity sensor, ambient light sensor, front camera and dot projector. These parts will work together for Face ID functionality. The speaker will be on top of the notch in the thin bezel. 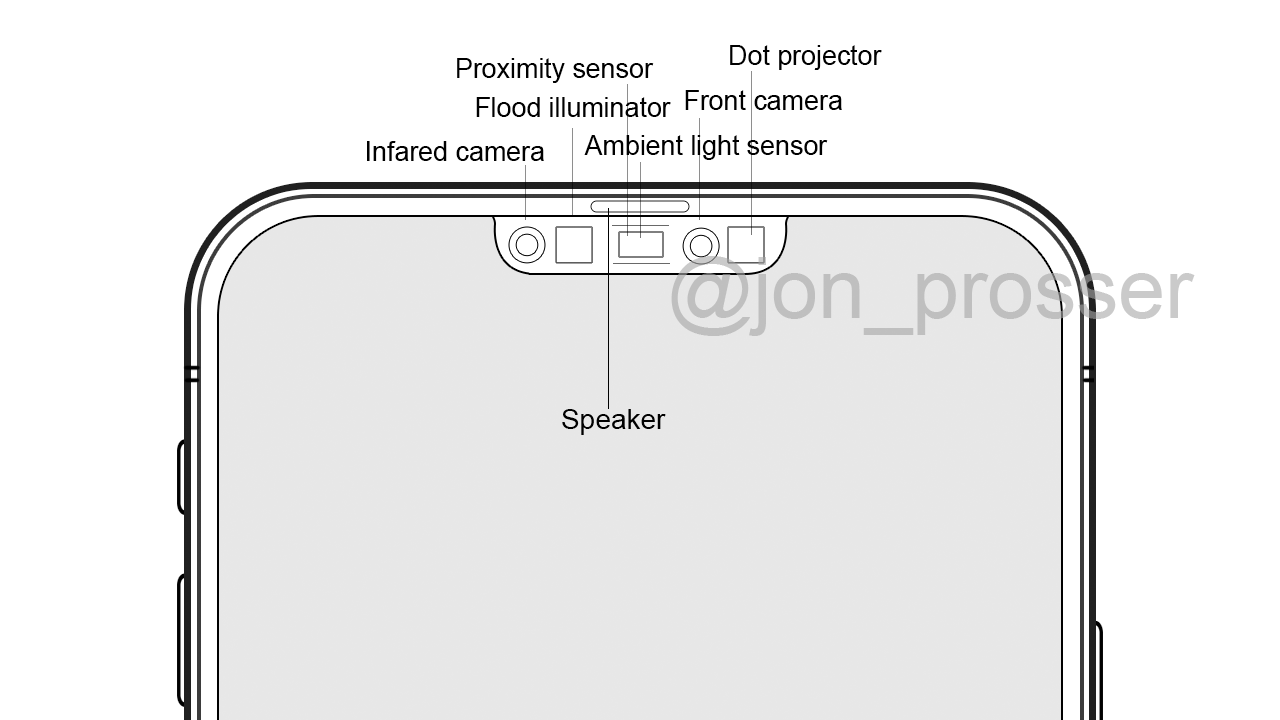 Assessing the image, the width of the notch is considerably smaller than the existing iPhone 11 notch, which as been the same size since it was first introduced with iPhone X. This leak rejects the rumors which claimed that the notch will be reduced in width like the OnePlus phones. Apple seems to have made Face ID components small enough to reduce the width of the notch.

The blueprint also reveals the layout of the external side buttons. On the left, as expected, the mute button and volume buttons are in the same place. On the right, the power button is placed a little further down the side compared to the iPhone 11, probably due to the taller size of iPhone 12. The edges the device have a subtle curvature like 2020 iPad Pro’s curved edges. There will be four antennas on the top of the new flagship iPhone, two on the sides above the mute button, and two on the top, on either side of the notch.

In addition, Prosser also claims that Apple will not put a smart connector on iPhone 12. However, he thinks that the future portless iPhones might have it. That bit is a little confusing, we know. With certainty, Prosser adds that Apple will not be adding Apple Pencil support to the new iPhone 12. The root of the rumor was the discovery of a 3.5mm smart connector in a 70% complete CAD of iPhone 12, obtained by Max Weinbach and 3D printed by EverythingApplePro.

We do not always believe every rumor coming our way before Apple’s actual product launch, but the sources of the rumors have us believing in the leaks. Recently, Job Prosser was spot on with the name and release date of iPhone SE, besides other details like single rear camera, design and colors.