So you think you can dance? Wanna share your dance moves with the world? No problem! In fact, you can actually do it right from your living room. All you need is an Xbox 360 gaming console with Kinect™ motion senor and you can join the “Dance Central Dance Battle” social media challenge, presented by Brickfish.com. All you need to do is download the sample music from here, and create a dance video of you and your friends with Kinect™ sensor using to Dance Central for Xbox 360. SImply upload that video with a brief description why you are excited to get Xbox Dance Central and why your video is the best! Finalists will get exciting prizes such as an Xbox 360 250 GB Console with Kinect or a Samsung 55″ Class LED-LCD 1080p HDTV. 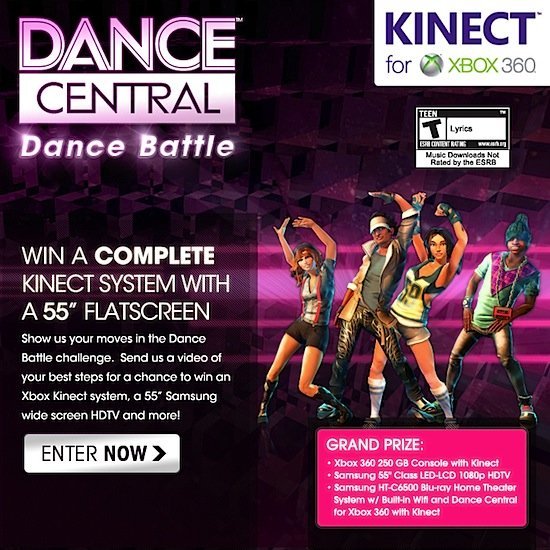 Here are the complete details:

Legal Notice: No purchase necessary. Contest is open to members of Brickfish.com® who have registered accounts, who are legal residents of the fifty (50) United States, 18 years or older at the time of entry and have completed account registration prior to the end of the contest. (All persons under the age of majority in their jurisdiction of residence must have parent/guardian written permission to participate – see below for Special Age of Majority Instructions). Contestants must be members in good standing of Brickfish. Account registration is complete once activated via email. This Contest is void where prohibited by law. *Click here to view the complete campaign rules and regulations. Click here to view the complete sweepstakes rules.