Finally and as expected, the Xbox 360 is going to support USB mass storage. It’s official and the system will get the update on 6th of April. 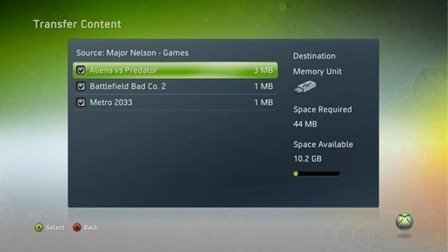 The update will allow users to access two USB ports plugged in to system at the same time which will allow users to save their content, like saving game progress, profiles and a lot more. But the maximum size it will support is 16GB and you have to format the drive properly so you can use it with the Xbox 360 otherwise you’ll notice performance loses. Also expect preconfigured memory cards from SanDisk in May which will fully support the Xbox 360 file system.