Microsoft has been leaking like a faulty faucet recently. There have been news of Xbox 720, Kinect 2.0, Kinect Glasses and tons of speculation on what Microsoft might announce today at their mysterious event in LA. Here’s another new bit of news that has leaked concerning a 7 inch tablet titled XBOX Surface. If the specifications are to be believed, this might be a killer gaming tablet and one that might bring the Xbox brand in people’s hands.

As reported by Shifted2U, The main points of the tablet are that it might have a:

The CPU would be supplied by IBM while the GPU would be a custom made 28nm chip created by AMD. There’s no mention of any software what so ever and despite all the goodies listed above, the specifications are listed as partial. Microsoft might as well shoehorn a Kinect camera in this. A tablet has to have a camera, right? 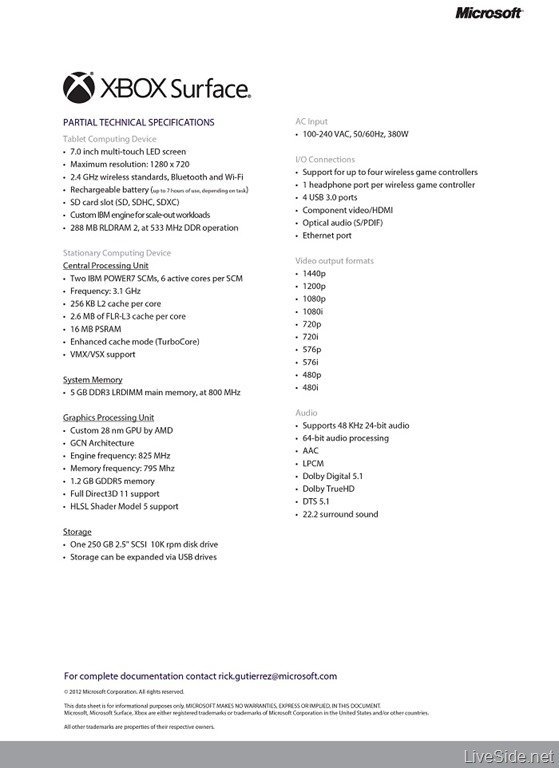 LiveSide has also obtained a similar document, albeit a bit older, which matches the specifications of the XBOX Surface. Weirdly though, those specifications also mention BluRay support in a tablet which is simply weird if you ask us. That document also mentioned Texus Instruments for a custom processor for Kinect workloads. 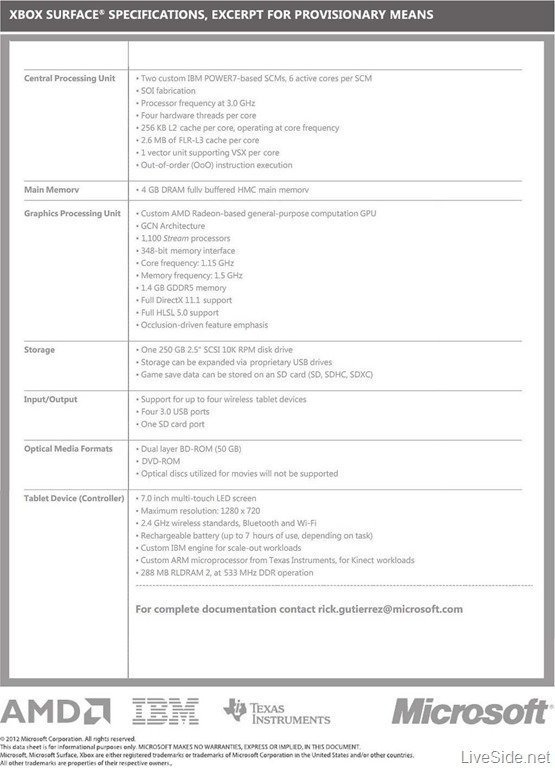 Could this be the device Microsoft would announce today? We wouldn’t keep our hopes high as this might just be a rumour as some specifications seem extremely odd for a 7″ tablet device unless they want to water cool the whole thing. We’ll keep you updated on the latest.