Instagram has added a new feature to Stories which will let you replay your live videos for 24 hours. The update is rolling out now on iOS and Android. Previously, your friends and followers could watch the live videos only during streaming after which the videos disappeared as soon as the broadcast was over. Those who were unable to open the app at the right time missed out on the action. This new option ensures that users can catch up to your live video later. 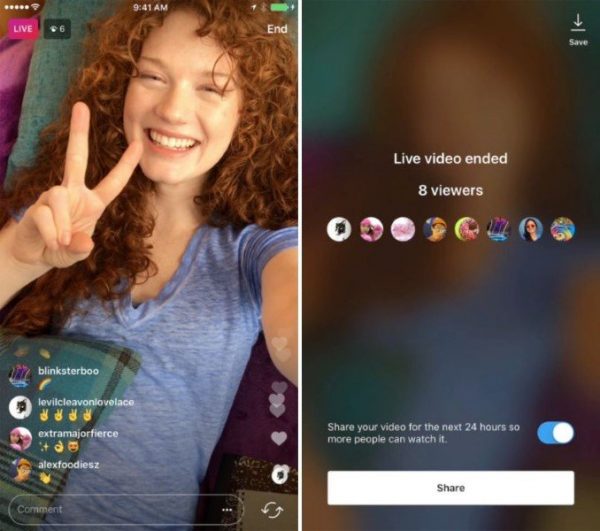 At the end of a live broadcast, you can tap the ‘share’ button at the bottom of the screen to add it to your story. If you do not wish for the live feed to be viewed again, simply tap the ‘toggle’ to discard it.

A play button will appear on your profile photo in the story bar to let your followers know that you have shared a live video replay. Your viewers will be able fast forward the video 15 seconds by tapping right and rewind it 15 seconds by tapping left. If your story has more than one live replay, the arrows on the top will let the viewers jump between them. In the replay, viewers will also be able to see all the comments and likes left during the live stream. In insights, the total number of views of the replay will include both live viewers and replay viewers.

Although Periscope and Facebook have long allowed users to share live streams, Instagram Live is very different. Users can save live videos to their photos library and can watch and share them whenever they want. But Instagram still does not allow users to post the live video permanently to their profiles.

Instagram added Stories to their app last year, which was a blatant copy of Snapchat. Since the release, the numbers show that Stories has been a big success for the company. It is used by a wide array of people on the app like celebrities, bloggers, influencers, businesses and more. All this usage has resulted in a staggering increase of 50 million daily users in just two months. Currently, Stories has 250 million daily users, up from 200 million in April, 2017. A number which exceeds Snapchat’s total of 166 million daily users. The ability to share live videos is likely to increase the number of people that use Instagram Stories even more.

You can update your app for via App Store or Google Play.