Launch of Windows Phone 7 is not the only interesting news today as Microsoft has released a new version of Zune PC software. Zune 4.7 has some new features and the biggest of them is that it would have support for Windows Phone 7 devices. Apart from this, Zune will be supported internationally as previously it was available for the U.S users which was limiting its user base. 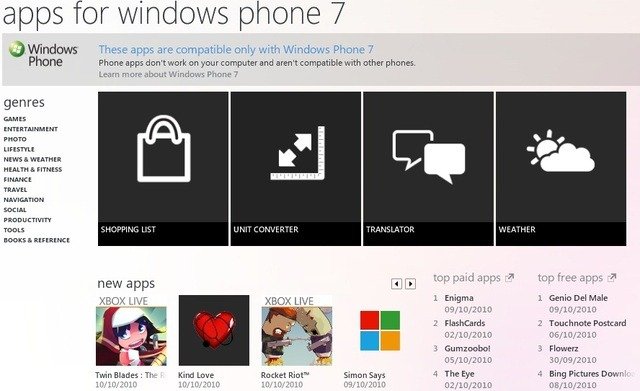 It will have new features like Smart DJ and Zune Pass access for WP7 users. With the new updated Zune, it will be possible for users to access the “Zune Social” and sign in with their Windows Live IDs which would allow them to keep track of their friends too.

Users can also browse Windows Phone 7 apps from their Zune software. It shows all the apps available on Marketplace which has about 2000 apps right now and these number would surely improve with time. It also has some Xbox Live games and some of those apps are available for free.