Apple is working on a 15.5-inch MacBook Air variant with the M2 and M2 Pro chip options. The device will reportedly arrive next year, in the spring.

In an exclusive tweet shared with super followers, Display Supply Chain Consultants (DSCC) analyst Ross Young revealed that production for the panels of the 15.5-inch MacBook Aur will kick off in the first quarter of 2023.

In June of this year, TF Securities analyst Ming-Chi Kuo even said that Apple is developing a new 15-inch MacBook model with the M2 and M2 Pro chips. However, the analyst did not specify if the 15-inch MacBook would have the “Pro,” or “Air,” branding. In contrast to Young’s prediction, Kuo predicts that a launch will happen in the second quarter of 2022.

The 2022 MacBook Air measures 13.6 inches. If Apple indeed releases a refreshed model with a 15.5-inch display, it would serve as the perfect size between the 14 and 16-inch MacBook Pro models. 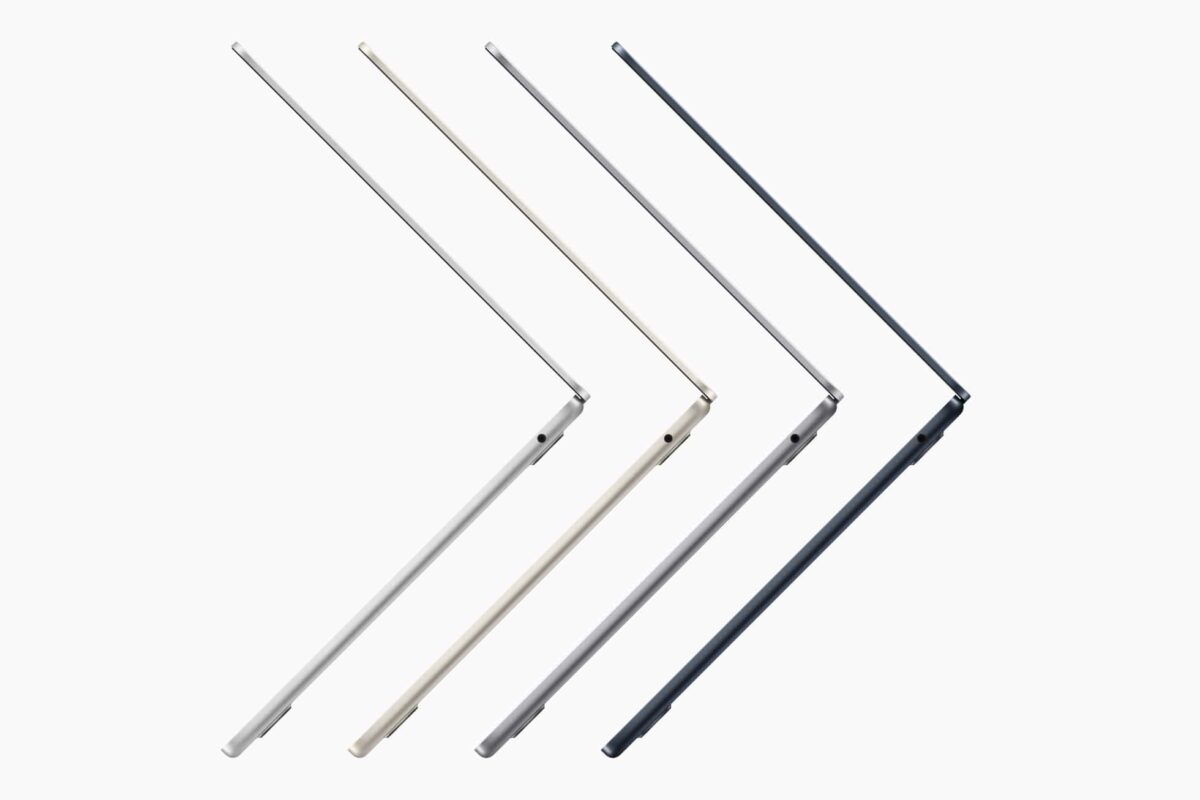 The 15.5-inch MacBook Air will retain the same design as the 2022 13-inch variant which features a stunning compact aluminum design, thinner borders, and a notch at the top. Other specifications include a larger 13.6-inch Liquid Retina display, a 1080p FaceTime HD camera, a four-speaker sound system, up to 18 hours of battery life, and MagSafe charging. In addition, the laptop is available in four finishes: silver, space gray, midnight, and starlight.

As for the internals of the device, it will likely be available with M2 and M2 Pro chip options. Apple’s M2 chip features an 8-core CPU and a GPU that has up to 10 cores.

In related news, Young recently revealed that Apple plans to expand OLED technology to the display of the MacBook Air by 2024. The display for the 2024 MacBook Air will feature LPTO for a variable refresh rate ranging from 1Hz to 120Hz. The use of OLED technology will improve the brightness of the displays, increase their lifespan and improve power consumption by around 30%, Young has previously said.