Microsoft has publicized that 64GB Zune HD will be available in Zune stores from 12th April with the price of $350 to be approximate. More Good news for the Zune fans would be that they would be able to customize their Zune HD from ZuneOrginals. It would be available in Platinum, Black, Blue, Red, Green, Purple and Magenta colors. 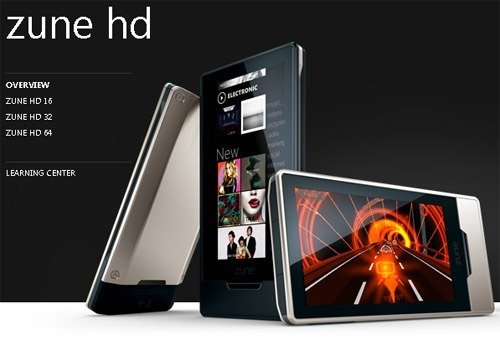 If we talk just about the looks, Zune HD is better than Apple’s iPod Touch but overall iPod Touch provides much more and better features than Zune HD. The 64 GB iPod Touch costs $399 which is more expensive than Zune HD 64 GB at $350 so its price may also attract some people who want to save lots of music and movies.

With its OLED mutitouch screen, build-in HD radio, HD video capabilities, and Internet browser functionality and now greater space to store your HD movies and music it should attract more customers. And also the upcoming firmware updates would contain new features like SmartDJ auto-playlists, music browsing and streaming from your TV (the device is connected to a TV set through the A/V dock) and expanded codec support allowing playback of more video formats natively on the device.