A few days ago, a leak from Vietnam showed that Macbook would be getting upgrades. That leak has turned out to be real because Apple has released an upgraded version of it’s basic ‘entry level’ $999 Macbook with a better battery life and improved graphics. The processor has also been upgraded but it’s still a Core 2 Duo instead of a Core i3 or even Core i5. 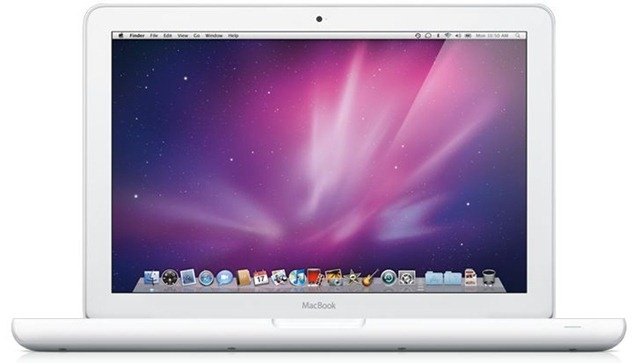 Nothing has changed at all in terms of looks. It still has the same white plastic unibody which is very reliable but prone to scratches. In terms of performance, the old Nvidia 9400GM has been dumped for Nvidia GeForce 320M graphics with 256MB of shared DDR3 memory. The processor is now a Core 2 Duo clocked at 2.4Ghz, which is probably the worst part of the specifications we find in this notebook. At this price, competing notebooks ship with way more powerful processors. But the compromise for this old processor could be the better 10 hour battery life ( up from 7 hours in the last model ). This means you can work almost all day long without having to worry about charging the battery.

This Macbook is a great choice for those looking for a good balance between performance and battery life, although personally we would prefer the $1,199 Macbook Pro over this one, as the Pro model ships with an Aluminium unibody enclosure and backlit keyboard, plus the body doesn’t get scratched over.