While using Windows 7 build 6956, I came across this issue where the library wouldn’t index my media files. I had my folders added, but that didn’t work. I tried resetting the media library, that didn’t work either, although it always did in build 6801. Then I realized this rather simple solution to my problem. I just dragged the media folders to the Windows Media Player library view, and it started processing the files and added them to the library. A very simple trick to add folders without navigating to options, and then browsing and adding folders manually. Although I doubt this will be needed later on, since this could be just a pre-beta bug. A handy tip to just add folders, full of your media files, quickly to the library. This should work in Vista as well, but confirmation needed for that. 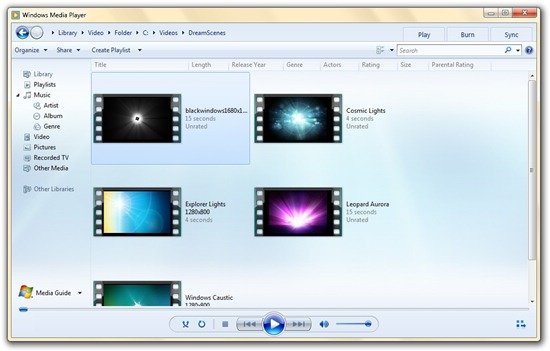 An alternate method is to wait for the indexing to complete. Due to this issue, sometimes you might not be aware of how far along the indexing process Windows is, but you can check this by typing in ‘indexing options’ in the start menu and looking at the number of items indexed and indexing status at the top. If it says indexing complete, then bingo, you wouldn’t need to do anything else in the first place, otherwise, our tip mentioned above would come in very handy.

Windows 7 is Microsoft’s latest desktop/server operating system and is an attempt to fix issues that hogged Windows Vista ever since it was announced as Code name Longhorn. Windows Vista was a huge resource hog and slowed down on hardware configurations where Windows 7 seems to perform amazingly better now. Of course, Vista was the start of many new beginnings for Microsoft, but we can’t disagree with the fact that they could have planned and executed it much better.