Acer has just joined the Windows Phone 7 handset market by unveiling its first WP7 phone called “W4”. The handset which is expected to be released later in 2011, is shown off running WP Mango OS. The phone sports a 5-MegaPixel autofocus camera and 8GB of on board storage. The device was showcased at Computex after Microsoft announced Acer as its new “hardware parter” for Windows Phone Mango devices during an event held last week. 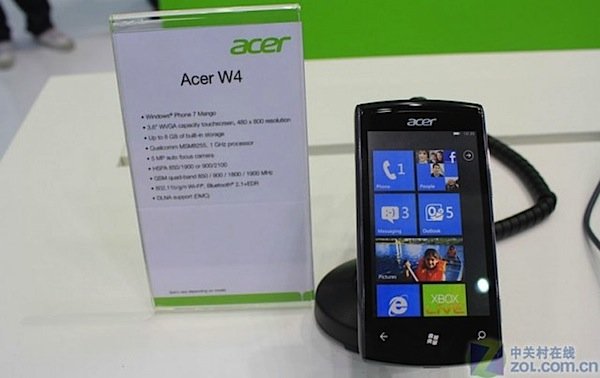