Apple has released Security Update 2011-003 today, to help with the removal and detection of the Mac Defender virus.

There was speculation that this functionality would be included in the Mac OSX 10.6.8 update. It appears that Apple wanted to get this out earlier, to help it’s users solve this issue with Mac Defender. It is still possible that Apple will continue to build this into the OSX update coming soon, and just updating it. It is strange how Apple can one day tell it’s support people to not help users with this virus, and then the next week, prepare an update to help remove it. Thank you Apple for providing this to it’s users, but maybe next time, you can help them at first. 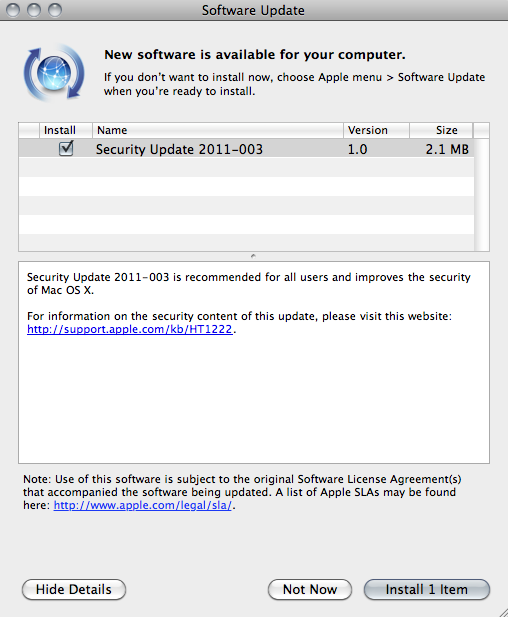