Apple has released their much anticipated final update to Snow Leopard today, 10.6.8. Apple states that users will need to update to 10.6.8 in order to upgrade to Lion in July when it is released. 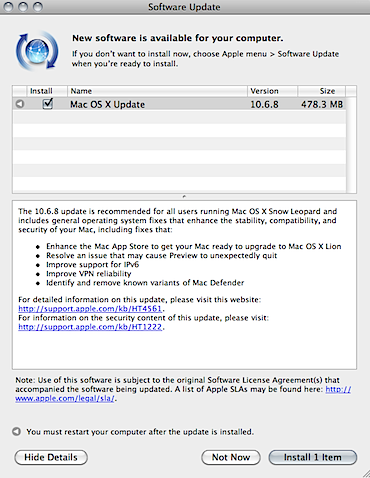 According to Apple, the newest update features the following fixes:

With this newest update, we can expect Lion to be a few weeks out now, coming in the middle of next month. Full release notes for the new update can be found here. You can get the update by opening Software Update or you can download it directly from here.