Today is the day that all Mac fans have been waiting for, for at least a few months now. We have heard rumors of Mac OSX Lion and today we got the full glimpse. Needless to say, Apple seems to outdo themselves with every OSX update thus far, and this is no exception. The new Operating System is expected to release in July and will be available to download in the Mac App Store. You can also purchase it for just $29.99 when released. Let’s go over the features. 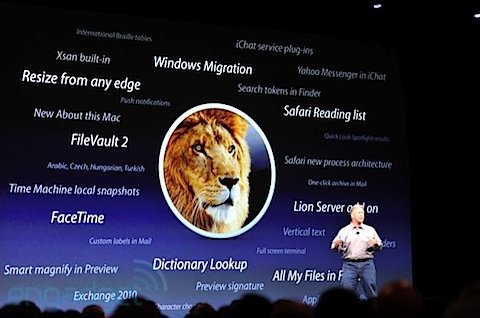 MultiTouch Gestures:
Lion is going to put the current multitouch gestures on steroids. We already know that Mac OSX has this capability, but Lion makes it so much better. You can Tap to zoom, 2 finger pinching and 2 fingers swiping. You can also use the gestures to scroll, no need for the bar anymore. The new multitouch is so seamless, it goes hand in hand with the OS. 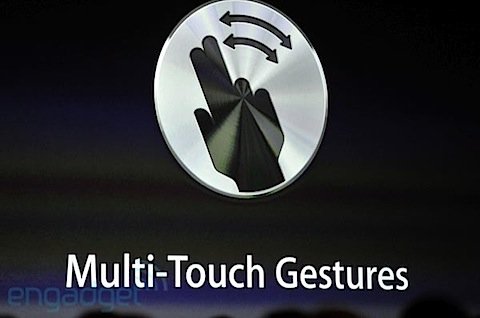 Full-Screen Applications:
Full-Screen Applications allows you to access the full real estate of the Mac’s screen and utilize the space within the application. Apple has worked with several developers on this idea as well, giving several apps this feature. Apps such as Safari to allow you to view a web page in full screen, and Preview to allow you to view a PDF in full screen as well. You can use the space with iMovie, to give you a better screen and bigger size for all your editing needs. 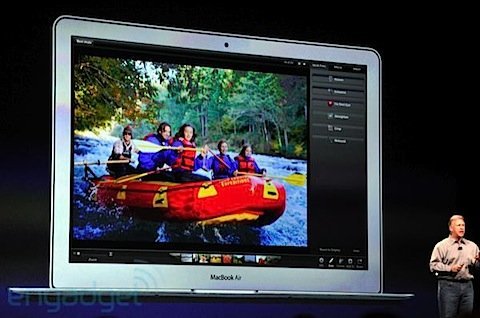 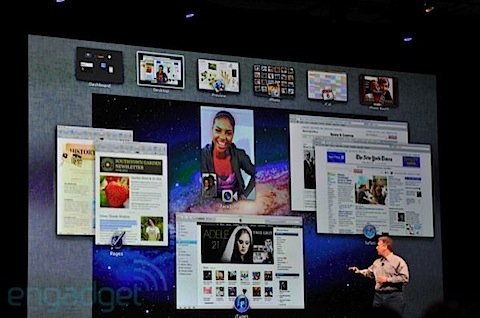 The new mission control will show you all the windows you have open, along with all your spaces at the top. It also shows you the dashboard, containing your widgets at the top left. You can even use the multitouch to control most of it, double tap to zoom, 2 fingers to swipe and go back. You can go into an app, then do a 3 finger swipe up, and mission control is back. Press space bar when hovered over an app to zoom in on it. If you need a new space, just hover over the top right and a new space is created. Then just drag and drop what you want to be added to space, and you are ready to go. If you want to remove a space, just click the x in the upper left of the space to remove it. Very easy to manipulate and very easy to control.
Mac App Store:
The Mac App store is now outselling every retailer when it comes to total sales. The new Mac App Store is built into Lion and will have several new features. The new store will allow for in-app purchases, similar to that in iOS as well as Push Notifications. 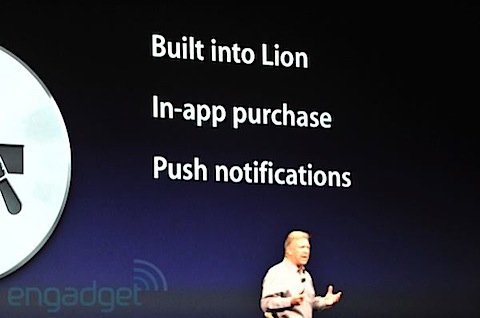 Launchpad is similar to the springboard in iOS. Apps will have icons that you will be able to click on to open. New apps will automatically be installed to the Launchpad. You can arrange your icons any way you want and even create folders for them as well. All similar to iOS. 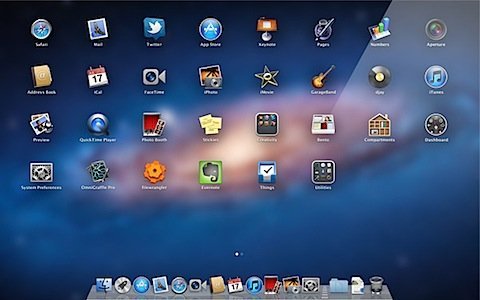 Resume works similar to multitasking in iOS. Now any app you close, when it is reopened, it opens to where you left off. Now, even if you need to restart, when the computer boots, everything is like it was when you left off. Don’t want to do a software update because of a reboot, no problem, the computer reboots in the state it was when it was shutdown. 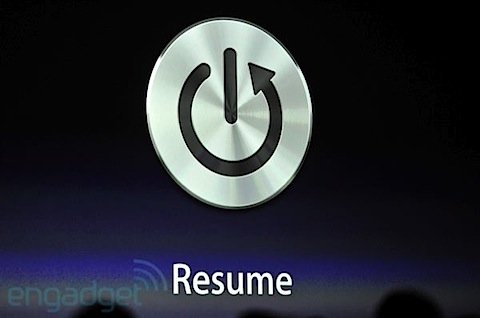 Auto-Save will save your document, even if you don’t press cmd-s. It will display the version at the top and you can control whether you want auto-save to do it’s job, or if you want to revert to an old copy. Versions works very similar to time machine. You can view side by side, a comparison of your document and several iterations previous to that. This allows you to take full control of your documents and versioning. The versions will also be deltas, so you won’t kill your hard drive saving these documents. 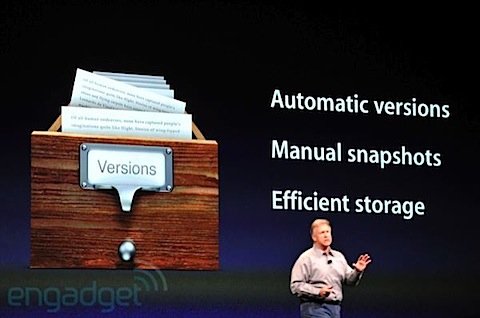 Air Drop allows you wirelessly send files to another Mac. No WiFi network is required, but the computers need to be within 30 feet from each other. So the next time your friend needs a file, just go to Air Drop, find his name and drag the file to his folder. The file is encrypted and transferred, and will appear in the user’s download folder. 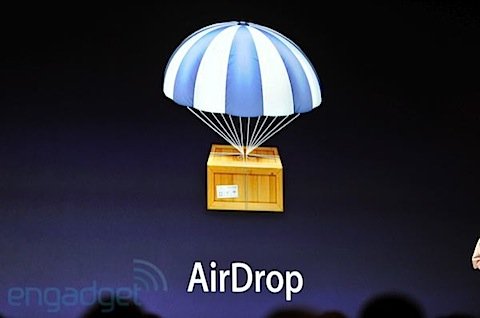 Mail has been given an overhaul by Apple. Now you can view mail in full screen, allowing you to view messages in a nice wide format view. Mail is also organized by conversation, giving you a threaded view of email messages. The mail search functions have been updated to do predictive search, allowing to find what you are looking for much faster. 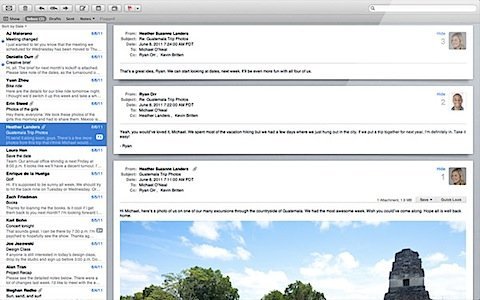 Lion Server:
It is now easier than ever to setup your own Lion Server. You can turn any Mac into a Server as well, with a download. The new Lion servers include a step by step walkthrough of the configuration and setup process. Profile Manager allows you to remotely manage computers and iOS devices. You can even send a push notification to devices from the Server as well. 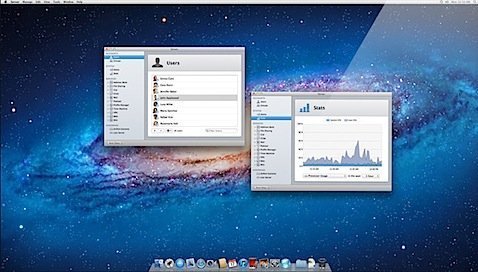 There are several other features that have been added, but those are the big ones. Several others include Windows Migration Assistant, Built-In Facetime, and more. Be on the lookout in July for this download, and get it while it’s hot! It will be $29.99 and will be available through the Mac App Store.