iOS 5 was shown off yesterday by Apple at the WWDC 2011 and it didn’t take long for Dev-Team to achieve a workinh jailbreak. MuscleNerd has just tweeted a picture of his iPod touch 4G running iOS 5 jailbroken with Limera1n. Of course it currently has a tethered boot status but at this pace I assume, it won’t be long before we have a fully untethered jailbreak for iOS 5 beta for iPhone, iPod and iPad released to public. 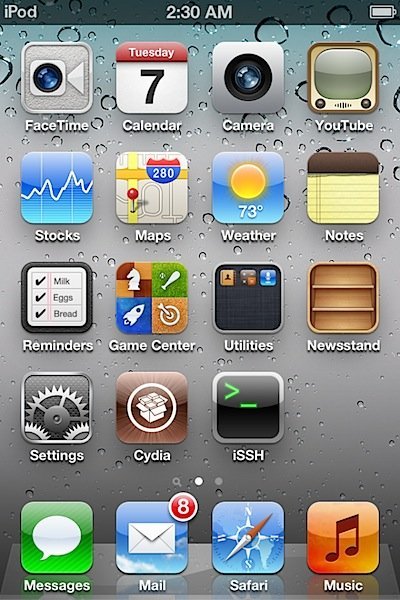 “Cydia seems to be working fine on iOS 5b1. Let’s get those PwnageTool bundles out?”