According to PocketNow, a newer build of Windows Phone 7 software (supposedly a build of Mango update) has been found running on an LG Optimus 7. The handset belongs to Windows Phone Italy commenter “Huggye” who has posted a picture of his WP7 home screen showing a search button. He comments on his picture “look who came to me with the node that button.” Previously this mysterious search-style button was seen on the home screen and applications listing of an HD2 running WP7, as reported by PocketNow. 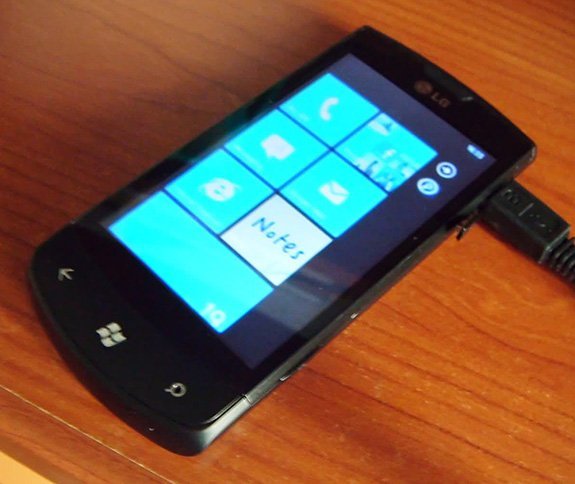 Windows Phone Italy has discovered that this user’s device was updated to build 7.0.7753.0, which is definitely a higher number than the normal 7390 build that we equate with the NoDo March update.

Since the build number clearly suggests it is a version higher than March’s NoDo copy/paste update, it leads us to believe that this could be an early leaked build for the Mango update. However, no other differences than a Search button have been reported so far. We’ll keep you posted if the story develops any further. Stay tuned!