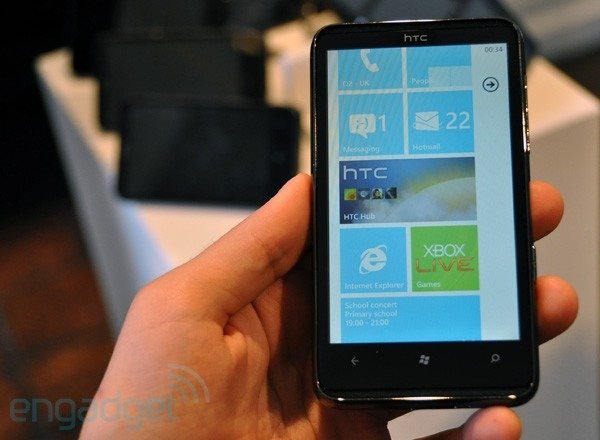 Looking at new HTC HD7 you can feel that the device resembles HTC HD2 but its not totally like that. This device has a 4.3-inch screen with a 1GHz processor, 512MB RAM, 16GB internal storage and just like all the latest smartphones, it has a 5 megapixel camera with 720p video recording capability. The combination of this device looks great with new Windows Phone 7.

The device would be available on T-Mobile so it would have some additional apps loaded apart from the new amazing OS, which would be Netflix, Slacker Radio, TeleNav GPS and T-Mobile’s Family Room. The device would launch in mid November in U.S and will also launch in parts of Europe at the same time. 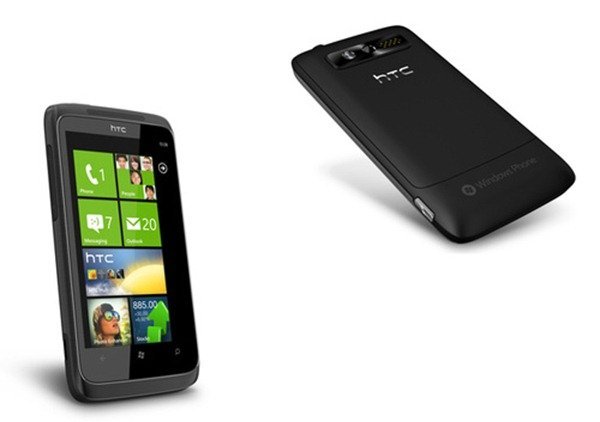 HTC 7 Trophy is one of the most interesting devices revealed by the company today as the device has a 3.8-inch WVGA LCD , 1GHz processor, 8GB internal storage, 512MB RAM and a 5 megapixel camera. The device looks promising and has all the features to fulfill the needs of its users.

Other WP7 phones revealed by HTC today may look faster than this one but this phone is better than many other smartphones available in the market. This device will be available with Vodafone  in Germany, France, Spain, Austria, Switzerland, Australia, New Zealand and the UK and will be available soon. 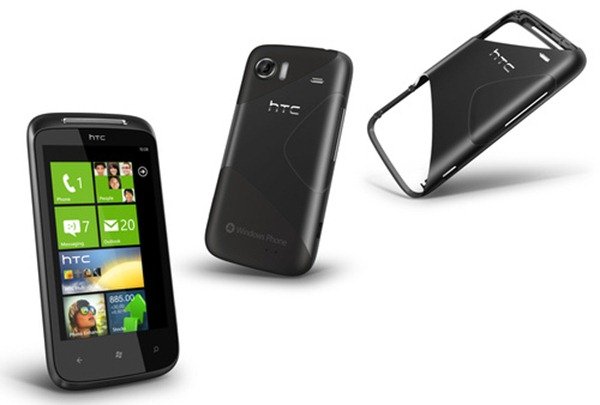 HTC Mozart is the smallest device that HTC revealed today for Windows Phone 7. It has a 3.7 inch screen and an aluminum body just like G2. It has an amazing 8MP camera and Xenon flash for taking HD pictures and recoding HD videos. Apart from this, the device has a 1Ghz processor, 512MB RAM and 8GB internal storage just like the other HTC devices announced today. 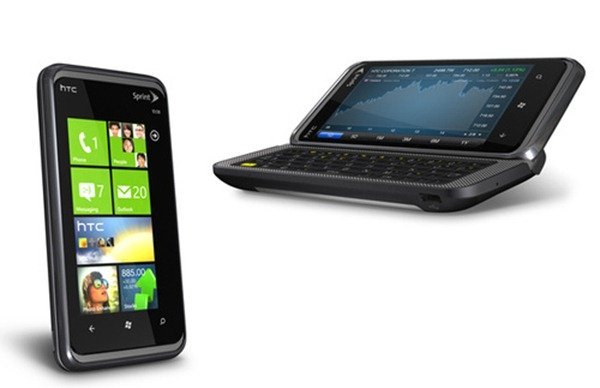 Well, just like the other WP7 devices announced by HTC today, HTC 7 Pro has a 1GHz processor, 512MB RAM, 16GB internal storage and a 5megapixel camera which can record 720p HD videos. But this device has a slide-out keyboard which makes it different than other WP7 HTC devices. The size of the device is also a little smaller as it measures 117.5 x 59 x 15.5mm, and weighs 183.5 grams

Unlike other HTC WP7 devices, HTC 7 Pro will not launch till later this year in Europe and it will launch early next year in US. This device will be great for those who want a QWERTY physical keyboard with their phones. 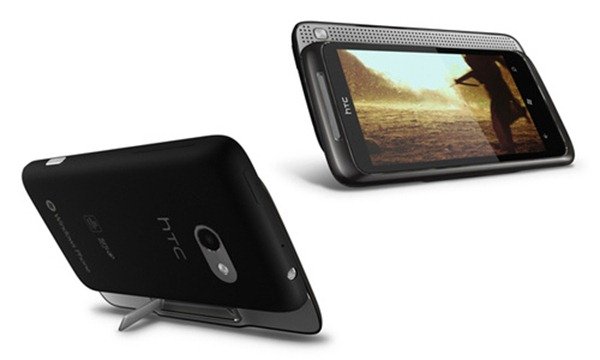 HTC 7 Surround looks really different than other HTC devices as it has am attached speaker with it which slides out like a QWERTY keyboard which is a “Dolby Surround Sound” speaker. That’s why this device is amazing for watching videos.

The device has a 3.8inch screen with 480×800 resolution and it has  internal storage of 8GB, 1GHz processor and 512 MB RAM. The device has 5MP camera just like most WP7 devices with a LED flash and it is capable of recording 720p videos. The device will be available with AT&T in U.S.