Analyst Gene Munster surveyed 216 mobile phone users in Minneapolis, MN about smartphones. While this is not a very reliable report (due to the low number of users surveyed), this does put a picture in our minds what the average mobile phone users might be thinking.

The report shows that over 94% of the surveyed iPhone users wanted to purchase the next generation iPhone. While only 26% of BlackBerry users want to buy another one, and even more surprising; only 42% Android would consider buying another Android phone, despite its high marketshare.

BlackBerry’s figures do not amaze us, as we’ve clearly seen RIM’s marketshare going bonkers after the introduction of the iPhone. Most surprising is Android’s figure, because despite the fact it is the No. 1 mobile OS in the U.S. it achieved a fairly low number.

People could be buying Android users because of the way Google advertises it to be “open”, but the fact is that users have to wait months to get updates. In fact, HTC Desire users finally received the Gingerbread update today, nine months after its release, when Android Ice Cream Sandwich is just around the corner.

Another reason reason could be that people were forced to buy phones compatible with their wireless carrier. People probably choose not to purchase the iPhone 4 when it came out on Verizon as it was already “last year’s hardware”.

Munster claims that the iPhone’s smartphone marketshare will explode when the next generation iPhone is released. Especially on the big carrier; Verizon Wireless. (via Business Insider)

Below are included some of the charts Munster released: 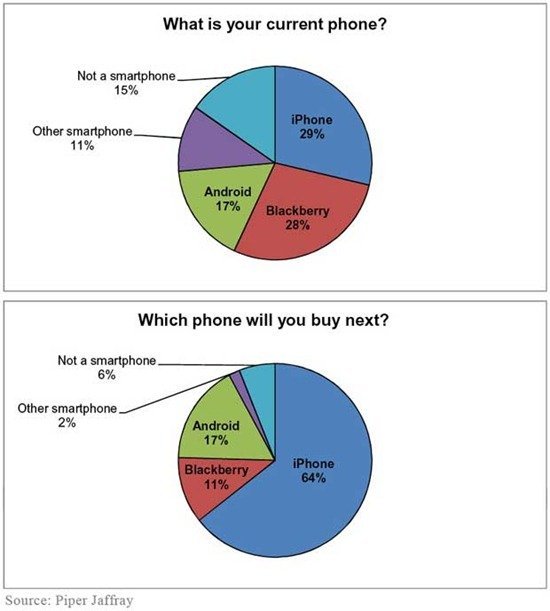 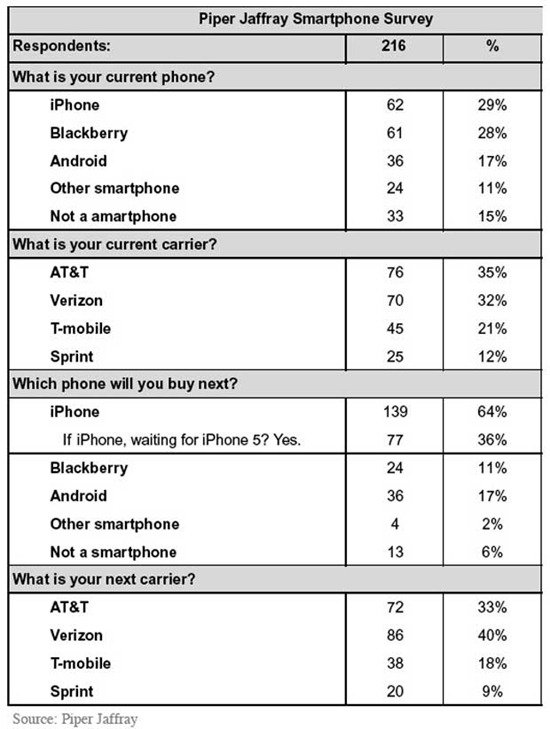