Yes, you read that right. Angry Birds, the game, is now available for download in the Chrome Web Store absolutely free. Now you really can get your Angry Birds on no matter where you are or what device you are on.

Today, at Google I/O, Rovio (the creators of Angry Birds) announced that they would be bringing Angry Birds to the web. The game utilizes the new features of Chrome to bring an incredible experience right to your browser. It uses WebGL to bring you HD graphics and a smooth playing game. However, while playing the game myself, i did notice some lag at moments inside the browser, but nothing that interrupted my game. They have even built in new levels exclusive to Chrome, making the blocks look like Chrome buttons. Google also announced their in-app purchase now, allowing developers to sell items inside their apps, similar to iOS. You can buy the Mighty Eagle today, in the app, for $.99. This is the first time Rovio has released the Mighty Eagle outside of iOS. 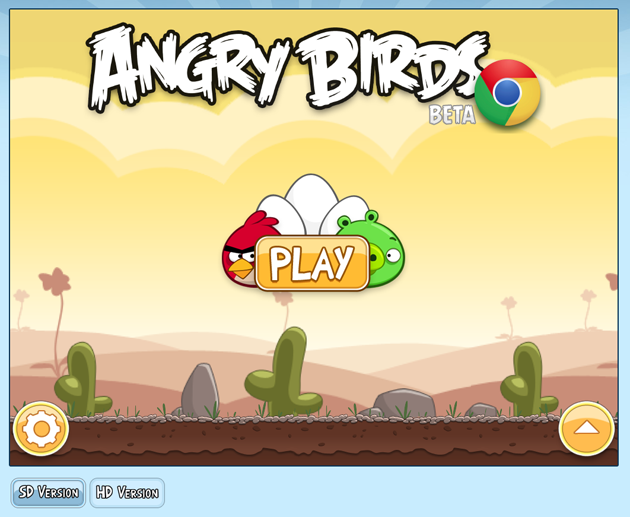 With Chromes new features, we can expect more surprises like this from other game creators as well. I know that I’m looking forward to other games being released for Chrome in the near feature.