After the announcement of iOS 4, we were wondering when the App Store will have a section for it. Finally, App Store is now featuring loads of iOS 4 enabled apps. Its really easy to find some amazing Apps on App Store which are ready to make use of most of the new iOS 4 features. 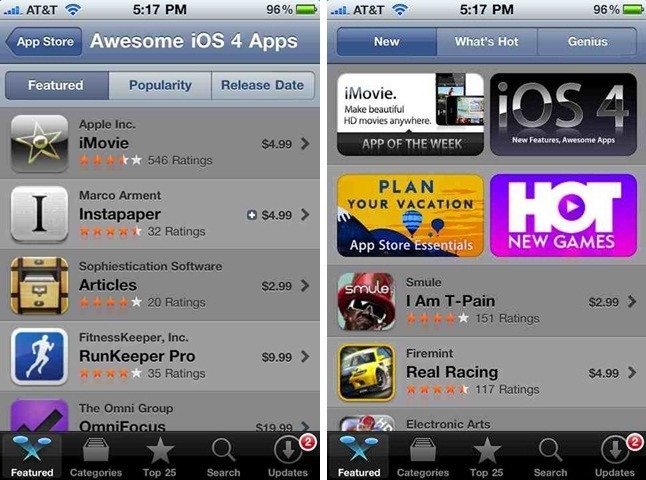 Some of the prominent apps for iOS 4 are iMovie for iPhone 4, Articles, Dropbox, Evernote and  many more.

You can check out the list of apps by going to the featured tab in the App Store and tapping on the big iOS 4 button at the top right of the screen.