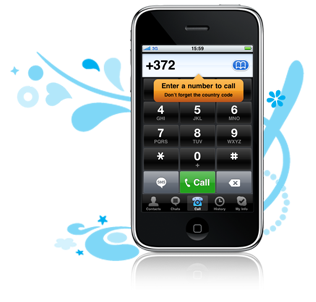 One app that everybody is anxiously looking forward to for iOS 4 is Skype. Demoed at the iPhone 4 OS event, Skype showed how multitasking will work in iOS 4 for VOIP apps. It doesn’t have to be said, but the implementation looked wonderful. It runs in the background, pushes notifications for incoming calls and allows you to use other apps while on the call.

The Skype team have posted an update on their blog for all of us waiting anxiously for the update:

There’s a lot of excitement among the mobile team here at Skype, as both iOS 4 and the iPhone 4 will arrive on our desks this week. And we’ve been hard at work building an update to our iPhone app which will support multitasking in iOS 4.

With every update to the iPhone OS (now called iOS), Apple introduces a number of changes to the software. In order to make sure we give you the best experience possible, we need to carry out some additional tests with the final version of iOS 4.

When we’re confident that the app will live up to your high expectations, we’ll make it available for download. Stay tuned!

Another thing to look forward to for in the Skype update is that users will be able to use their iPod Touch as phones because with VOIP apps running they’ll stay connected via WiFi even when the screen is turned off, so that when someone calls, the iPod Touch will ring. Awesome isn’t it?