A new kart racing game is arriving at the ever-expanding collection of Apple Arcade, Warped Kart Racers. The game features the likes of American Dad, Family Guy, King of the Hill, and Solar Opposites. Warped Kart Racers will be available for iPhone, iPad, Mac, and Apple TV via Apple Arcade on 20th May.

The game from developers Electric Square Ltd. has provided 2 modes that can be tried out; single-player mode, and eight-player faceoffs. Additionally, Warped Kart Racers holds 16 different maps that feature places from fan-favorite episodes of popular TV shows. Daily challenges will give gamers the opportunity to unlock new characters’ skins, karts, and customizations to their liking, as well as multiplayer support. 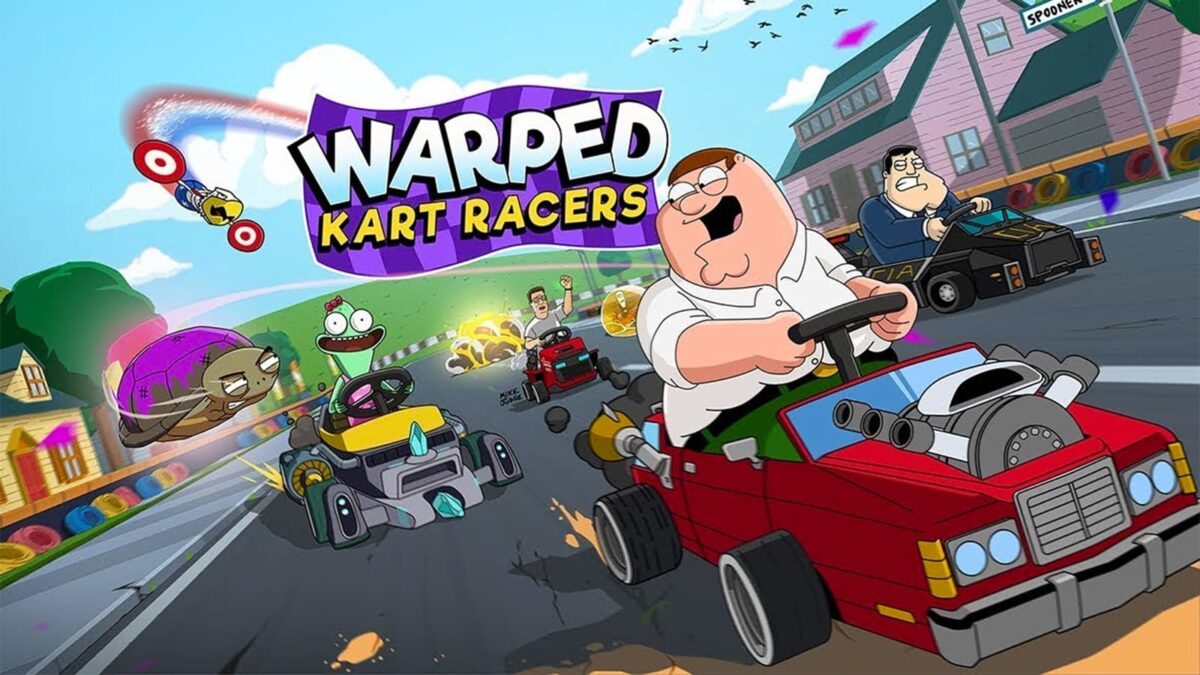 Warped Kart Racers arriving on Apple Arcade on 20th May!

It is unclear why these specific shows were selected out of all the Fox animated properties, however, it will be interesting to see what the game evolves in and how it expands its roster in the future. Other obvious choices would include Futurama, The Simpsons, and Bob’s Burgers. But as it stands, there are no revealed plans to extend the Warped Kart Racers roster. There also appear to be no plans to bring Warped Kart Racers to other platforms either, which may disappoint some fans of these shows.

Get warped into the ultimate kart racing game – by yourself, or multiplayer – featuring the stars of 20th Television’s hit animated shows: American Dad!, Family Guy, King of the Hill and Solar Opposites! Experience iconic locations and even some surprise ones in your quest for karting glory!

An Android version of the game could be expected if it is a successful hit for Apple Arcade, but a console version is much less likely. The game would prove to have much potential if it is introduced to other platforms and expand its characters’ rosters, but until then iOS users can enjoy the game on 20th May.

You can also check out the official trailer for Warped Kart Racers right here: