Apple-owned, Beats by Dre signs its first collegiate brand ambassador, Shedeur Sanders; the Jackson State quarterback and son of Deion Sander, a professional Football Hall Famer. The partnership is branded to be “legendary”.

Apple acquired the popular wireless headphones brand by Dre in 2014 for $3 billion. Since then, Cupertino tech giant retails the Beats headphones as a separate brand and releases new products.

Beats recently launched its first in-the-ear Studio Buds and their marketing primarily features Black athletes and musicians with the tagline “It’s the Music”. Serena Williams, Roddy Ricch, Coi Leray, and other celebrities have been part of the brand’s promotional ad campaign. LeBron James and Alex Morgan teased the headphones before their official launch. 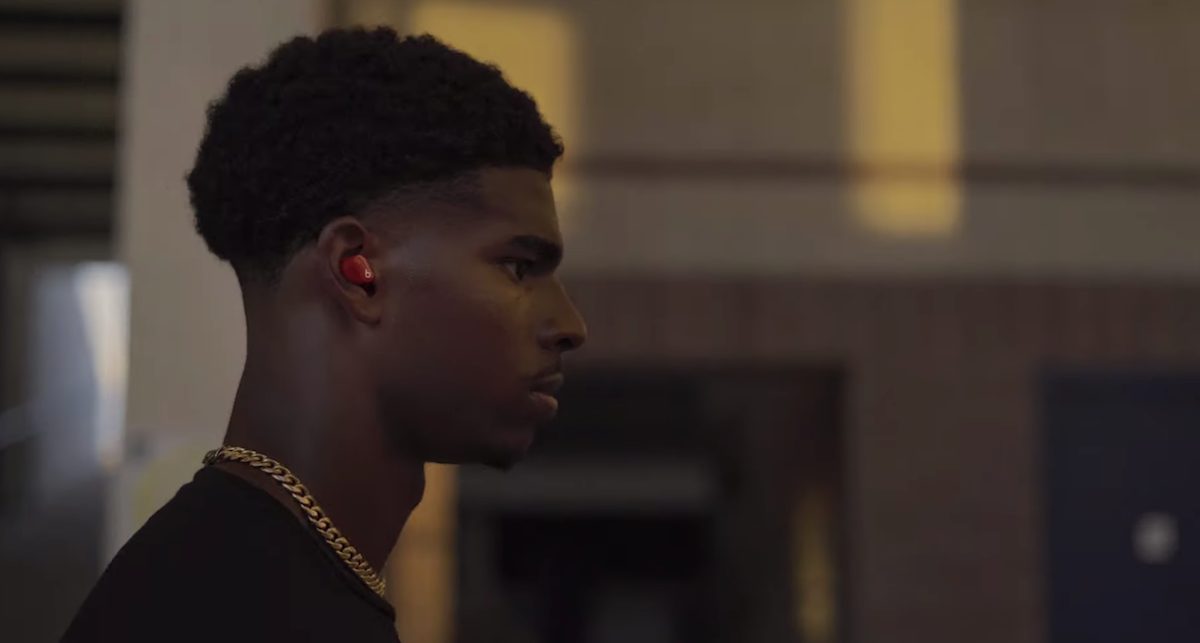 The young athlete chooses an inspiring monologue as the playback of the forty seconds announcement video on the company’s official YouTube channel. Seen running, jumping, and watching a game with Beats Studio Buds, he promotes individuality, making choices, and taking decisions. Referring to the new partnership with Beats, he said it is for the “culture” and his community.

I am my own brand, everyone is,

Choices I make, they matter,

I have never been a follower,

I chose to bring my talent to Jackson State to level the playing field.

This one is for the culture, for my people, for the fans, for the boom,

This is what a quartback does, take a culture and amplifies it.