Beats Studio Buds continue to make their random appearances in various places before any official announcement. This time, they have been found on US soccer player Alex Morgan’s Instagram, just a week after they were spotted in Roddy Rich’s music video for his new song ‘Late at night’. Previously, Lebron James was spotted wearing Beats Studio Buds in photos posted on his Instagram. 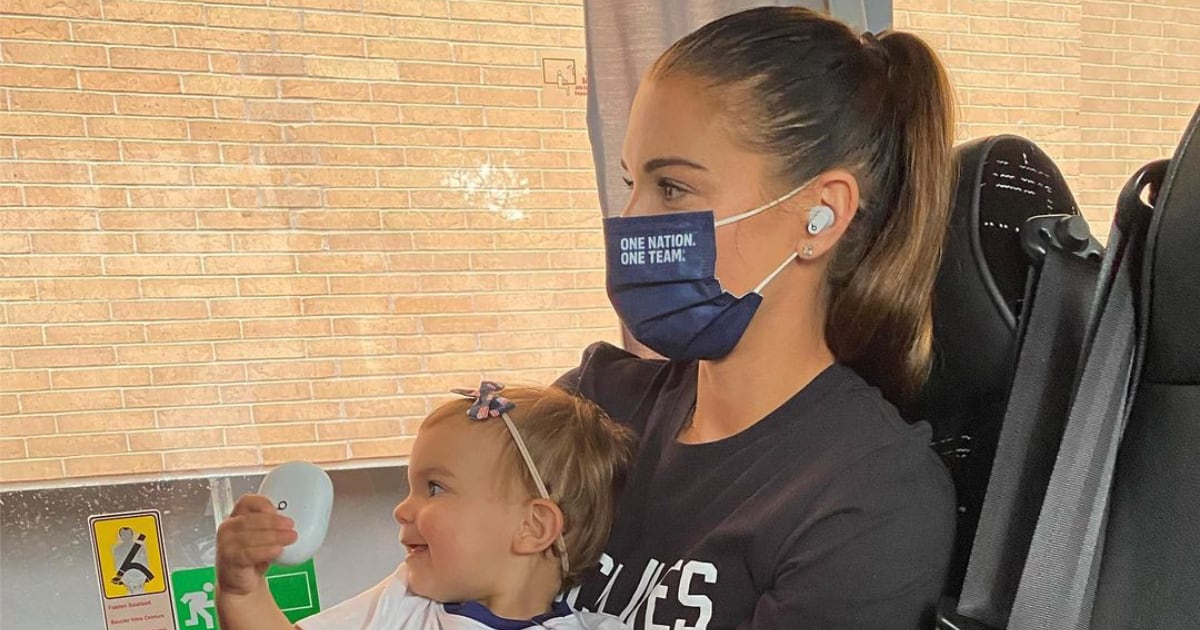 It is still unclear when Beats Studio Buds will actually be announced. They were first discovered in iOS 14.6 and tvOS 14.6 code almost 3 weeks ago. Their appearance in FCC filings over 2 weeks ago pointed towards the possibility of an imminent launch, however,  it has not happened yet.

Alex Morgan, a US soccer player, was spotted wearing white Beats Studio Buds in her latest Instagram post, with her daughter holding the charging case. Just like Lebron James’ post, Alex Morgan’s Instagram post is not marked as sponsored content so it is likely just a gift from Apple/Beats. However, the company has still been able to get the headphones in front of millions of people by just giving them to celebrities.

Beats Studio Buds are a unique new product for the brand and the first time that the company will be using such a shape for its wireless headphones. They are expected to launch with active noise cancellation, hands-free Hey Siri support, and instant pairing due to an H1 chip. So far, we have seen them in white and black colors, however, they are expected to launch in red as well, as per images revealed from iOS 14.6 code.

As we have noted before, any suggestions that Apple is phasing out the Beats brands seem premature as the company is not only releasing brand new headphones, it has been collaborating with artists and celebrities to release limited-edition versions of existing headphones.