Powerbeats Pro stand out for a lot of customers, as unlike Apple’s AirPods and AirPods Pro, they ship in more than one color option. Beats is now releasing it with new colors, which will be up for sale on June 9.

The company is adding 4 new colors for users to choose from: Spring Yellow, Glacier Blue, Cloud Pink, and Lava Red. The new colors are vivid and bright compared to previous colors which were pastel black, green moss, dark navy blue, and off-white. 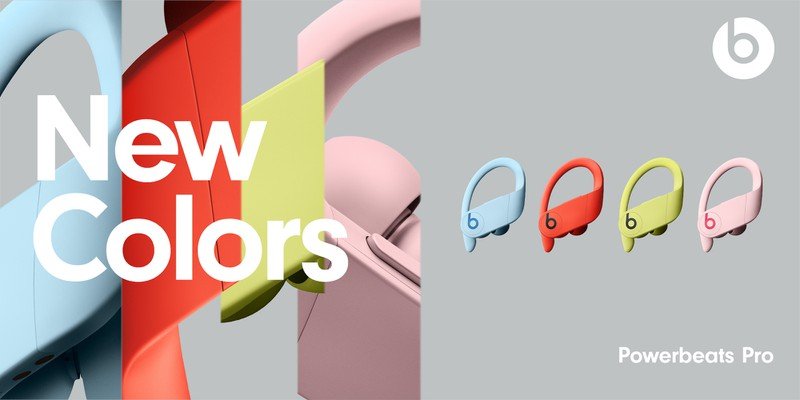 Powerbeats Pro provide up to 9 hours of battery life. Using the charging case gives users up to 24 hours of total listening time. They also have the same H1 chip that Apple’s AirPods lineup uses, giving it faster pairing and extended range. They are also sweat and water-resistant with on-ear playback and volume controls options.

Beats announced the new colors with a FaZe Clan, one of the most influential gaming organizations. It sent members care packages using drones for celebrating FaZe Clan’s 10-year anniversary. Jimmy Iovine, Co-founder of Beats, became a part-owner of the FaZe Clan last month after raising $40 million in funds.

The new Powerbeats Pro have to go through the FCC, which means that there may have been minor tweaks and improvements in the earbuds, but none of the major specs are receiving any changes.

There were reports about 2 weeks ago that Beats is going to release new colors for Powerbeats Pro and also suggested that these may be replacements for existing colors. However, both old and new color ranges will be available after June 9, contrary to past reports. This leads us to further believe that not all leaks are reliable in the tech world.

The new colors are sure to attract new customers who are looking to update from the previous subdued colors that Powerbeats Pro were available in. The updates will go on sale for the same price tag of $249.95.