MG Siegler of TechCrunch has brought an interesting argument to discussion saying that Apple deliberately removed the CD off the iTunes 10 logo and transformed it into a less dated but much blander icon above. According to Siegler, this move by Apple further symbolizes its intent to get rid of the optical media such as CDs and DVDs as it already promotes the disc free media through the iTunes and App Store.

In 2001, Apple did heavy damage to the optical disc industry by launching the iPod and further finished off the CD once and for all by opening the iTunes Music store in 2003. Well the CDs, DVDs and Blu-ray discs are obviously going to live on as a cheaper way to transport media. But Apple seems determined to turn it the way of the floppy disk a lot quicker than we’d have thought. By recently including the Software Reinstall USB Stick free with the latest Macbook Air and still not adding an optical drive to the new model, Apple’s intentions becomes pretty much clear as it wants to bid farewell to the era of optical discs pretty soon. 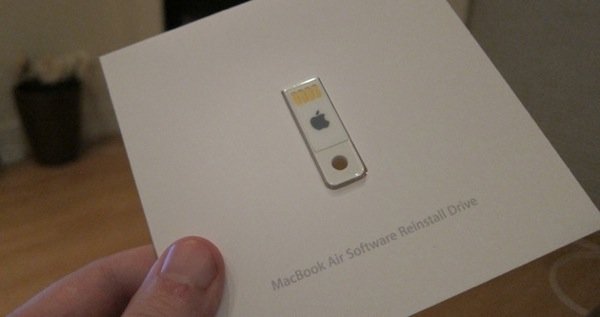 Another interesting fact regarding the argument is the introduction of Mac App Store by Apple in the recently held “Back to the Mac” special event. This further would eliminate the need of buying software on optical media and instead replace it with one-click downloads and automatic updates which quite frankly sounds to be the imminent thing of the future. When CDs were replaced by DVDs, it made a lot of sense because they offered more than 5 times the storage. But USB drives and memory cards, such as the one the one included with Macbook Air, may be a lot more expensive to produce in masses. But the again, Apple clearly seems to have figured out a way to make it work!