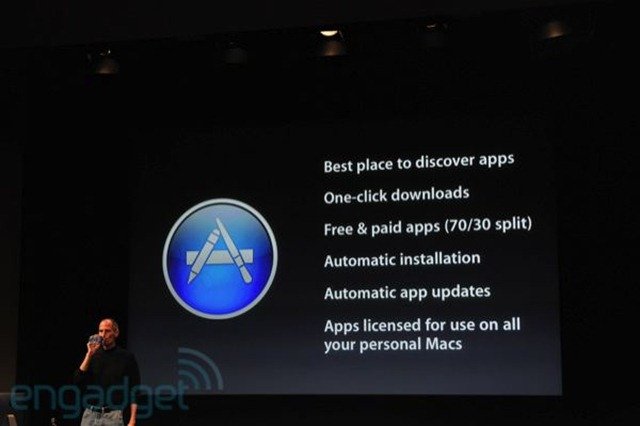 Mac App Store will have one click download and install feature with auto updates just like the app store for iOS devices.Developers will again get benefits from this as it will have 70 / 30 revenue split for developers.The Apps that users would install will be licensed to work for your all personal Macs. Just like the App Store for iOS devices, Mac App Store is also a standalone app and it almost has the same look and feel as iTunes. After you download any app, your app will automatically drop into the dock.

Apple don’t want to wait for OS X 10.7 Lion to release Mac App Store so Apple will put it on Snow Leopard within 90 days and starting November, Apple will start accepting app submissions from developers.