Did you see this one coming? A whopping 1 million apps have been downloaded from the Mac App Store on the first day says Apple. From more than 1,000 free and paid apps, this figure has been reached in less than 24 hours. Way to go, Apple! That’s a way better response than Windows Phone 7’s Marketplace, one of the newest App Stores to launch before Mac App Store. And unlike Microsoft’s ‘sales figures’ for products, these were directly sold to customers.

As expected, Steve Jobs has used the word amazing and incredible in the press release. But you have to admit, being able to garner so much developer support and have their apps ready for launch is simply amazing – something Microsoft, the biggest software giant, has failed to accomplish.

Our favorite free app for Mac so far is Twitter while Angry Birds is the best-paid app for everyone using the App Store.

Mac App Store was announced at a special Back to the Mac event in October 2010. It was demoed along with Lion, but Apple first released it for Snow Leopard. Steve Jobs had said that it’ll be available in 90 days after the announcement. In December 2010, Apple announced the launch date, January 6, for Mac App Store launch while submission for apps had already begun in November. 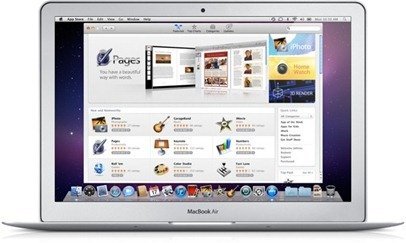 Mac App Store follows the same success formula for iPhone and iPad App Stores. Apple gets a 30% cut on each sale and the installation and update experience is as seamless as the mobile counterpart. But, along with the good parts, there are a lot of restrictions, too many in fact for desktop app developers, such as no root access, no launch during startup and the likes. While this may bother some developers, all of them are more than willing to jump on the Mac App Store bandwagon because that’s where the money is at.

As a conclusion, let it be clear that the Mac App Store is and will be a success. Developers go where the big numbers are and this could be the start of a long march of Apple’s domination in desktop apps against Microsoft. Microsoft doesn’t seem to have any answer available yet, whether it’s for consumers or developers. No matter how good they claim their developer tools are, the real story is, as Windows Phone 7 shows, Microsoft has failed to create any real interest for developers since there are only less than 15 apps from big name developers ( not counting the games here ) and even then most of them have choppy/laggy scrolling and other performance issues.