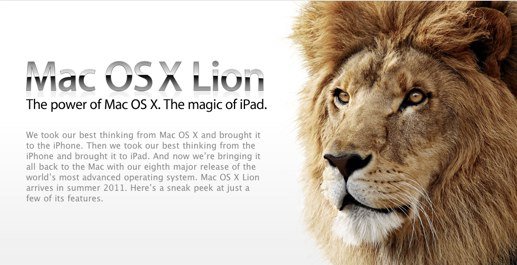 Apple gave the first ever public demonstration of its latest Mac OS X 10.7 codename “Lion” at yesterday’s Back to the Mac event. The new OS X version is due to be launched in Summer 2011, however Apple’s preview at the event offers plenty to look forward to. Apple cliams what they have learned from the iPad, they have applied it to the desktop OS in the new Mac OS X 10.7. The new features they showed off certainly had a strong iPad flavor. Let’s take a sneak peek at each of these features one by one.

The newly introduced Mac App Store borrows heavily from the iOS App Store. Just like the App Store for iPhone or iPad, it’s as easy to find and download applications on the Mac app store. Mac apps can be browsed by different categories including games, music, productivity etc. much like the iOS App Store. A search feature is also there like the iPhone / iPad App Store we all know every well. Similarly we are already familiar with the user reviews and app screenshots with each app on the App Store for Mac. To buy the app, just click it and use your same iTunes username and password which you use to buy on your iPhone or iPad App Store and it will start downloading immediately. 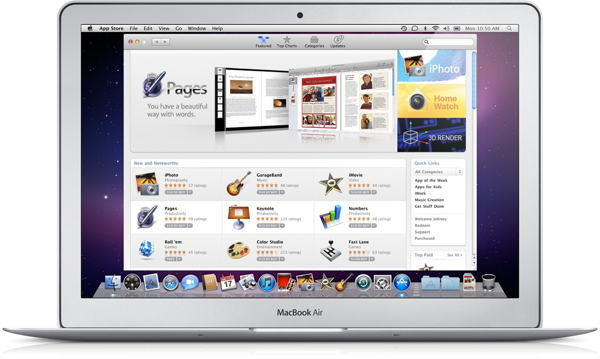 Launchpad is an iPad-like homescreen for your apps, right down to the iPad’s folder view. It provides instant access to your apps like the iOS on iPad. When you click the Launchpad icon in your Dock, all open windows fade out and are replaced by full-screen apps display on your Mac much like the iOS as you can note in the screenshot below. You can also swipe to see multiple pages of apps like the iOS and also arrange the apps in folders just by dragging and dropping an app over another just like the iOS 4 folders feature. When you downloaded an app from the Mac App Store, the new app will appear on the Launchpad for immediate use. 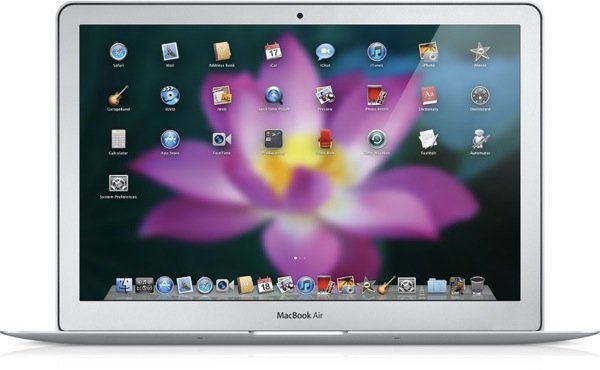 There’s a new full-screen app mode that seems to mimic the iPad user experience. Just like on an iPad, every app is displayed in full screen without any distractions, claims Apple regarding this new feature. iPhoto in iLife’11 was demoed by Apple running in full-screen on Mac OS X Lion as you can see in the image below. You can switch between open full-screen apps with a swipe of the trackpad. Also the support for full-screen apps is system wide, making it a lot more usable practically. 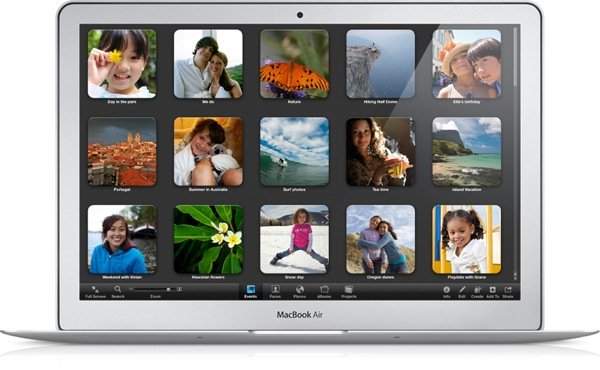 “Mac Command Central” is what Apple is calling its new Mac-exclusive feature i.e the Mission Control, which is basically a modified version of Exposé which shows you everything running on your Mac in one view. According to Apple, its like a bird’s-eye view of everything — including Exposé, Spaces, Dashboard, and full-screen apps— all in one place. It also relies on simple swipe gestures allowing your desktop to zoom out to the Mission Control immediately. There you can see your full-screen apps, all open windows grouped by app, your Dashboard and also other Spaces all arranged in a single unified view. Just a single click from there takes you to your desired workspace. 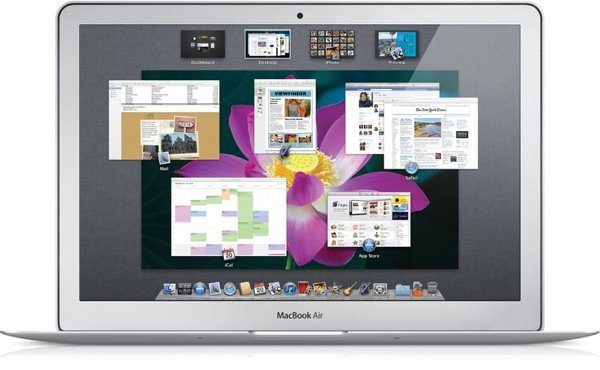 With Mac OS X, Apple created the most amazing mobile operating system i.e the iOS for its iPhone and iPad. But now it seems that all the best features on those iOS devices have eventually come back to where it all started in the first place, the Mac.